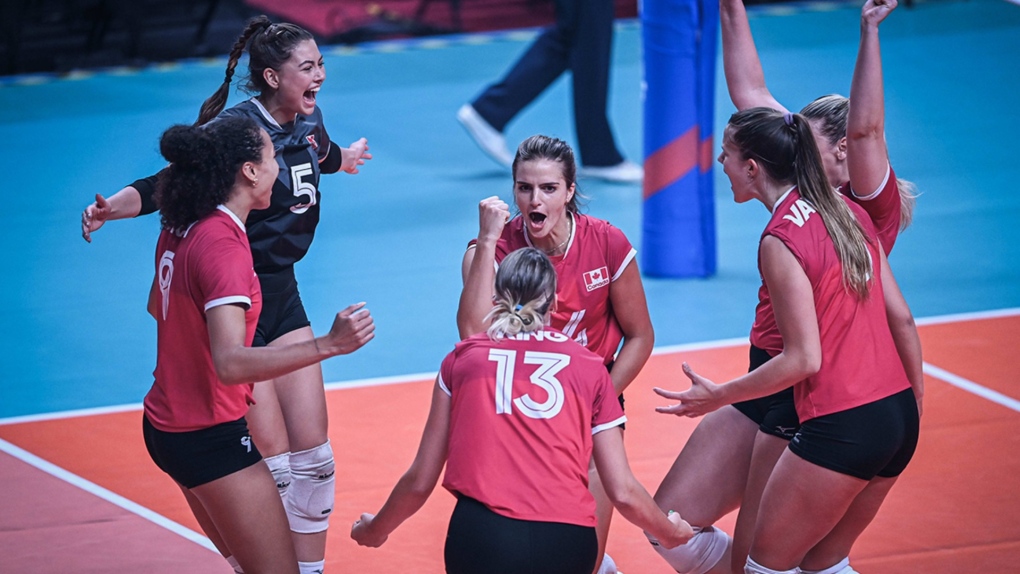 The Canadian side celebrates during its victory over Belgium in VNL Week 2 play in the Philippines. Canada will play four matches on the Tsuut'ina Nation outside Calgary during Week 3. (Image: Volleyball Canada)

The national women's volleyball teams of eight countries, including Canada and the defending Olympic champions from the U.S., have arrived in Calgary and are set to compete in the final phase pool of the Volleyball Nations League.

The 7 Chiefs Sportsplex on the Tsuut'ina Nation will be hosting half of the league's 16 teams, with the remaining eight competing in Sofia, Bulgaria, during the third and final week of pool play.

Serbia will phase Germany in the opening match Tuesday afternoon, with a full slate of games scheduled for each day through Sunday.

In addition to Canada (ranked 11th, 3-5 record, 9 points), who could potentially face relegation with a poor showing during this final leg of pool play, the teams competing this weekend include:

Women’s #VNL Week 3 begins today in Calgary 🇨🇦 & Sofia 🇧🇬! This is also the FINAL round of the preliminary phase.

📺 Watch the matches LIVE ON VBTV.

Canada's roster includes two Calgarians, Hillary Howe and Alexa Gray, who are excited to play in front of their hometown crowd.

"I know there is a big volleyball community here in Calgary and I’m hoping they are able to come out to watch a few games and see what this sport looks like at the highest level," said Gray, who first took to the game as a youth in the Calgary area, in a statement released on Saturday.

"It's very exciting to watch and be a part of. We will be playing against some the best players in the world, and we will need our home court advantage at every game! We have made big steps as a program the last few years, so we are looking forward to showing that off during these games."

Fans can purchase tickets for all four of an individual country's matches, passes for all games on any specific day or tournament passes. Ticket information is available here.