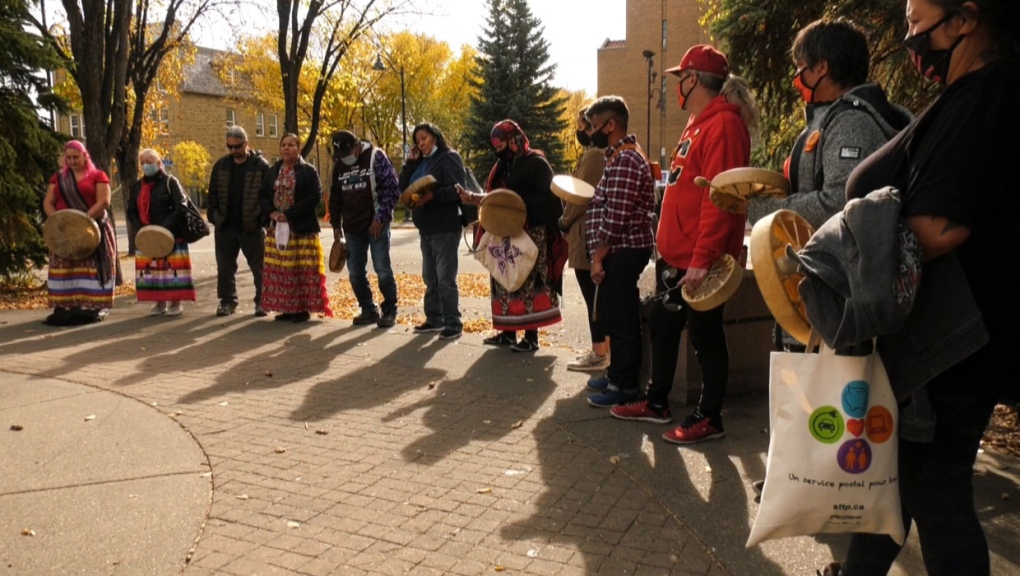 Friends and family members of Jackie Crazybull gathered in Calgary on Oct. 10, 2020, for the "Justice for Jackie" walk.

CALGARY -- An advocacy group held a memorial walk to remember the life of Jackie Crazy Bull, an Indigenous woman who was killed in a random act of violence 13 years ago.

The event was marked with drumming, songs, prayers, stories and sacred ceremonies. It also included a traditional dance, performed by Jackie's son Clifford, who was only five years old when she was killed.

"Across Canada, families of missing and murdered First Nation women are being joined by supporters from all walks of life to honour the lives of all those sisters, daughters, mothers and grandmothers tragically taken from us, and to demand action," the group writes in a release.

Crazy Bull, a mother of nine children, had been seated on a bench on 17 Avenue S.W., near 11 Street, on July 11, 2007 when a number of people jumped out of a nearby car and attacked her.

She suffered stab wounds as a result of the attack and later died. 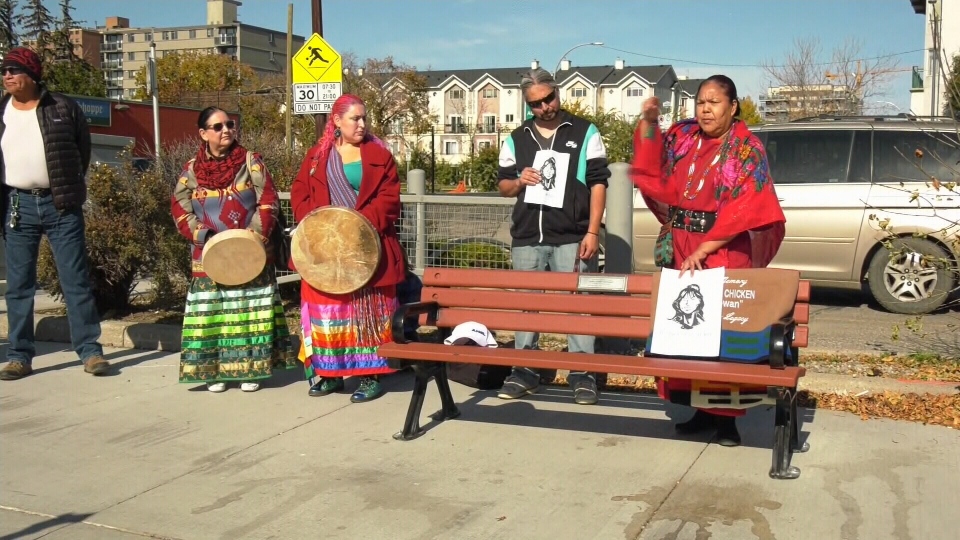 Police say four other people were randomly attacked that same night, but Crazybull was the only victim who died.

Two years after the incident, investigators said they had identified several suspects in the crime, but did not have sufficient evidence to charge them.

Manyfeathers says the fact that no charges have been laid in the case is "frustrating."

"It's frustrating that there are no new developments from the police service, there was nothing done," she says. "We've reached a point where it has become critical for Indigenous women in Canada. Our safety has reached a critical juncture."

The investigation was reopened in 2016, but charges have still not been laid in the case.