AFTERNOON UPDATE: The convective outlook is back!! Not that it matters for southern Alberta today, but hey, it's still nice to see: 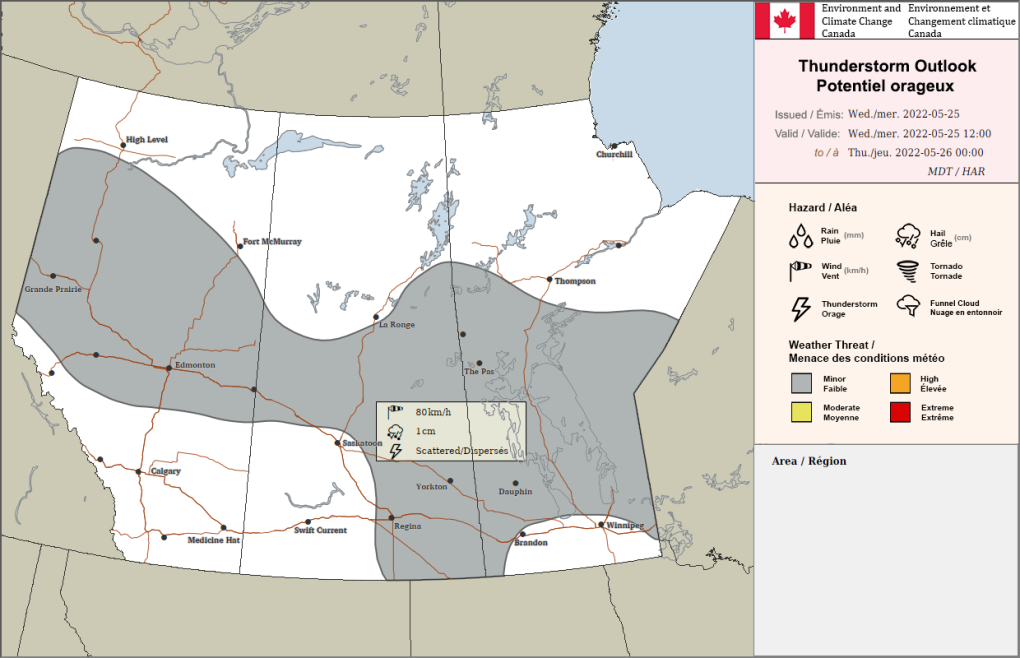 So, scattered thundershowers north of us. There's a Day 2 option with this outlook, but it shows the same darned thing. Nothing locally until Friday.

Storm potential Friday is very much still present for Calgary, though the present indices for this have fallen back, somewhat - that limits the chance, and also the potential severity. It's a slight dip.

The next three days are shaping for the 20s now, as our Saturday shower risk has moved toward the evening. At this time, thundershowers are not expcted, but the trend is pushing us in that direction. We have a few more article updates to go before then.

Our shower totals are now up between eight and 12 millimetres. Some long-range models keepi Calgary (and southern Alberta, unfortunately) pulled back considerably, where 10-15 mm would push to southern Alberta, and Calgary would receive a scant single digit total.

MORNING EDITION:West wind sets up aloft over Calgary for a couple of days; this will mean warm, dry days for parts of our province sorely wishing for the opposite: 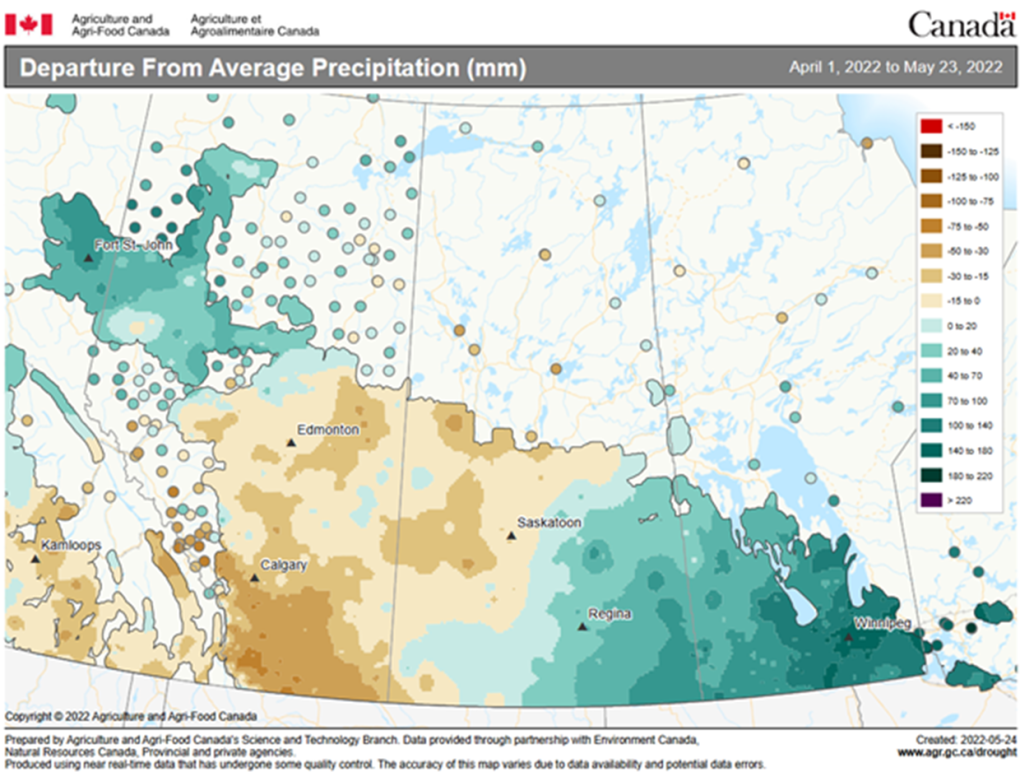 Wednesday and Thursday are mixing and matching from the same components: westerly wind will press in at up to 40 km/h, the sky will remain largely clear, and our temperatures will aim for 20 C.

Thankfully, the warm and dry spell doesn't last long (with an apology issued for those wishing it would). Another spell of cooler weather lies just around the corner, banked around a trough that sets in Friday. When it pushes the heat out of the region, there's an above-marginal chance Calgary sees its first actual thunderstorm of the season – still, it remains a little ways away, so we’ll practice patience on that for now.

Areas in the south end of our province – namely those a fair 30 to 50 millimetres shy of their seasonal precipitation by now – are aiming for over 20 millimetres by Monday. Calgary, meanwhile, will be on the northern periphery of this approach. As of this morning, the local expectation has boosted, yet still holds our city between six and 10 millimetres by Monday.

Today's pic is of a rain-brewing sky over Calgary yesterday, taken by Terry with a drone!