Warmer weekend ahead for Calgary, and a look at the summer that was 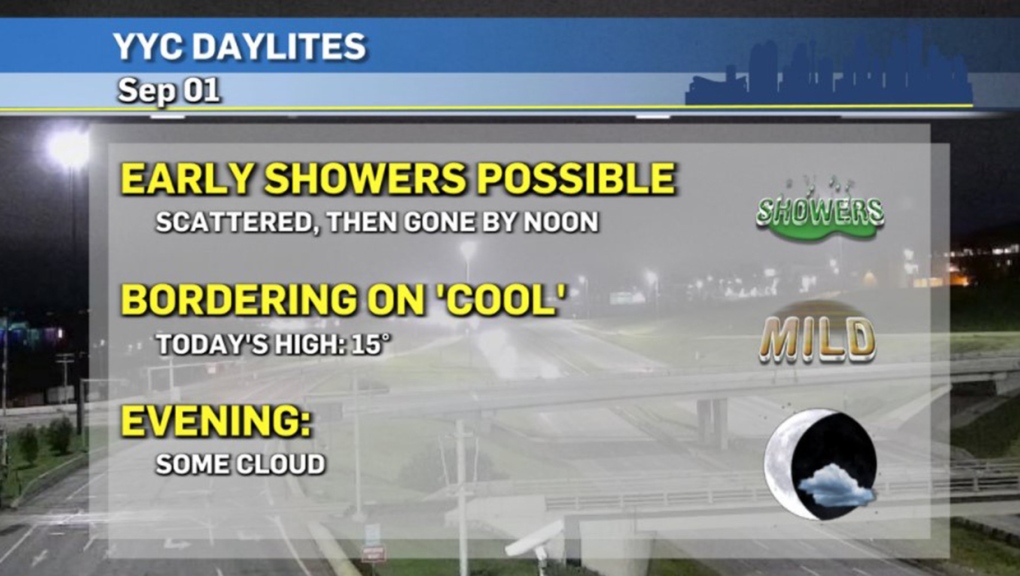 The upper low is going to continue sweeping most activity through central Alberta and the Peace River Valley. Rainfall warnings continue in the latter region until the day's out, offering 50 to 75 millimetres of showers for affected areas. Then, that low will drive the moisture across the prairies. Calgary largely dodges it, instead facing scattered showers up to two mm.

After morning drizzle today, Calgary's only other fly in the ointment will be cool morning temperatures. As this low passes us by, its counter-clockwise rotation is driving in cool north wind; daytime highs for the next two days won't have much on offer, and will level us off in single-digit lows. Sweater weather! And, today, umbrella weather.

Once this low passes, we're back into a high-pressure ridge, which will deliver above-seasonal temperatures and clear conditions just in time for the weekend. 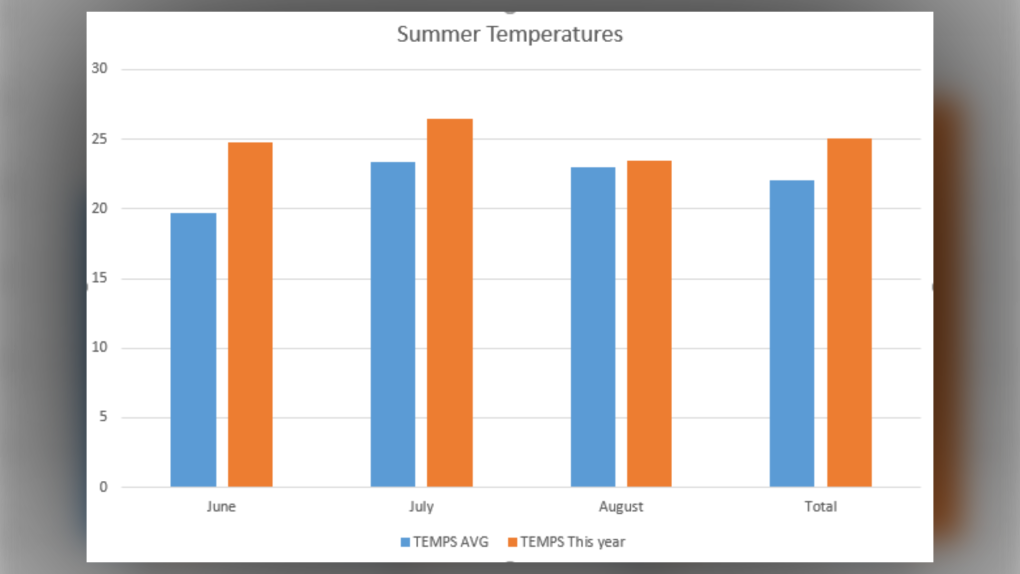 Our temperatures ranged above-average, with the largest disparity in June. Our average high through meteorological summer (the last column) is 22 C; this summer's average high was precisely 25 C. 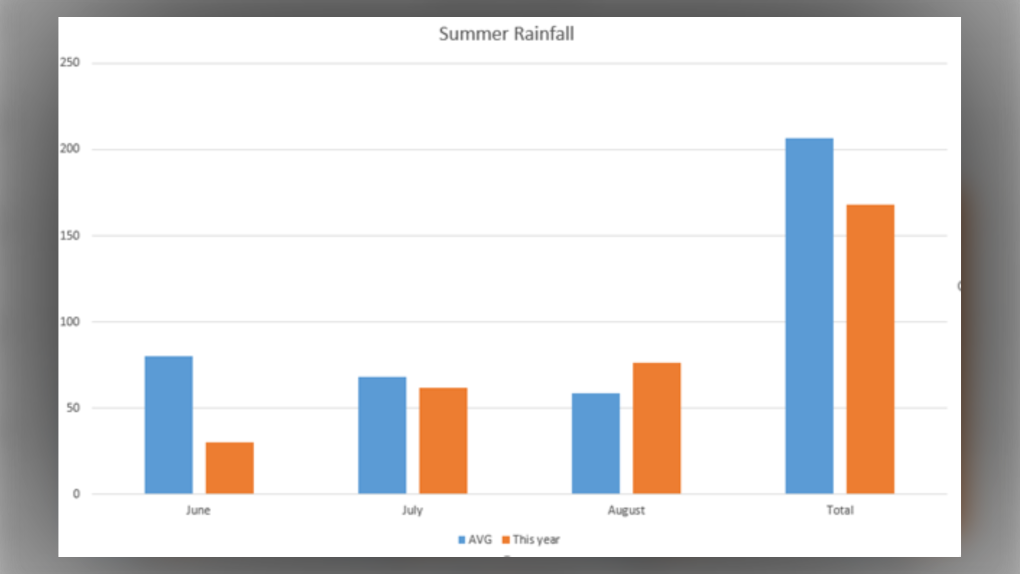 Once again, June is the major outlier, having received only 38 per cent (30.3 mm vs 79.8 mm) of its seasonal rainfall total. July reached 91 per cent and August 129 per cent of seasonal rainfall averages, but the farmers can tell you – the damage was done. It was a rough growing season.

Photos now of the storms that pushed off the foothills and dropped isolated, damaging hail here. 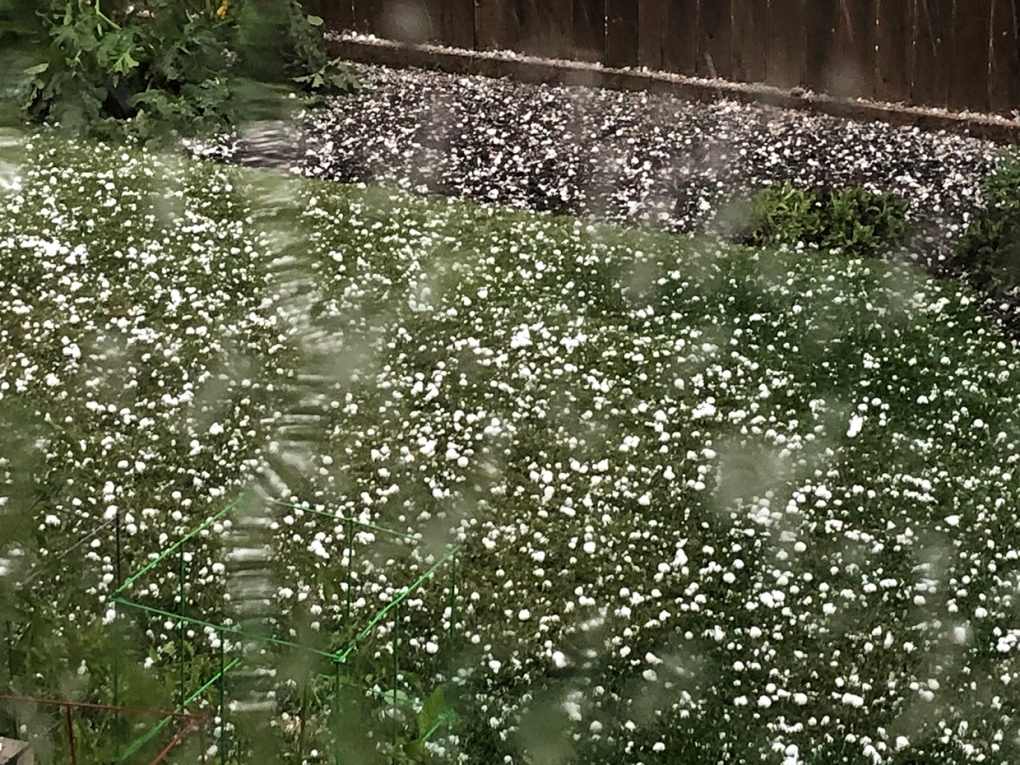 And Matt caught a panoramic view of the same storm:

Then, near Irricana, Nikita snapped THIS shot! 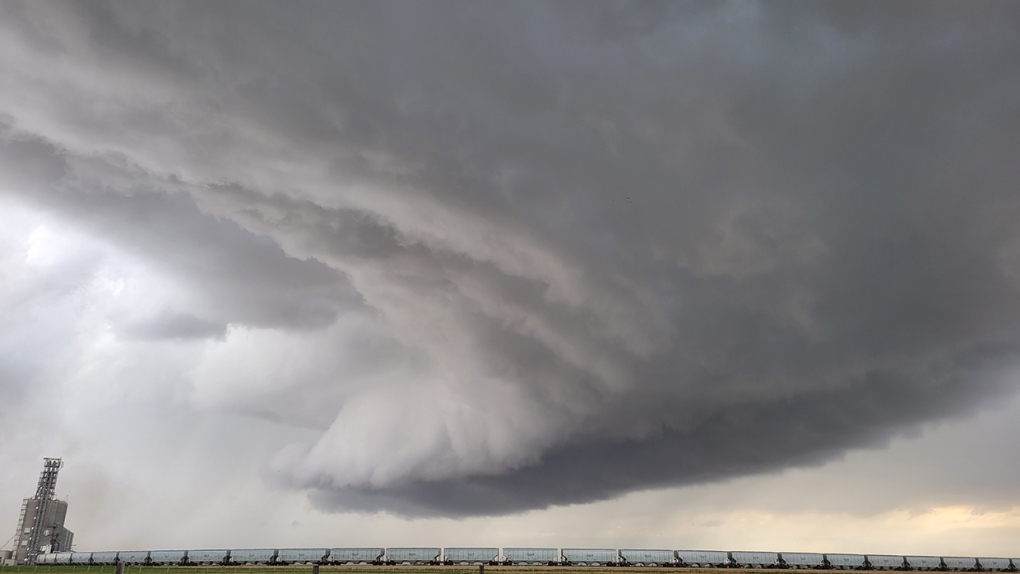 Thanks, all! You can submit your photos here, email me directly here, or tweet them over!