Warning for Calgary dog owners: Be wary around foxtail grass

CALGARY -- Calgary veterinarians say they are seeing an increase in the number of dogs who have come in contact with foxtail grass — which is common in Alberta and has sharp, barbed seeds that can become lodged in paws, ears and in dogs’ skin.

“One of the more common presentations we get are dogs that have eaten them and they actually get stuck in the tonsils,” said Dr. Shelby Kimura of Healthy Paws Forward Veterinary Hospital.

“(The seeds) curl and they form a little pocket just at the back of the mouth, and that's where we pull a lot of foxtails out from.”

Kimura says if pet owners know they have been in an area where foxtail grass is present, they should monitor their dog's health closely.

“If your dog is licking at the paw, certainly, check to see what's going on," said Kimura.

"(If) they're tilting their head or shaking their head or they've got discharge coming out of their eyes, their nose, or they are gulping and extending their neck, pawing at their face, rubbing their face on the ground, this could indicate a problem.

"All of these signs can be seen depending on where the grass seed is actually stuck.” 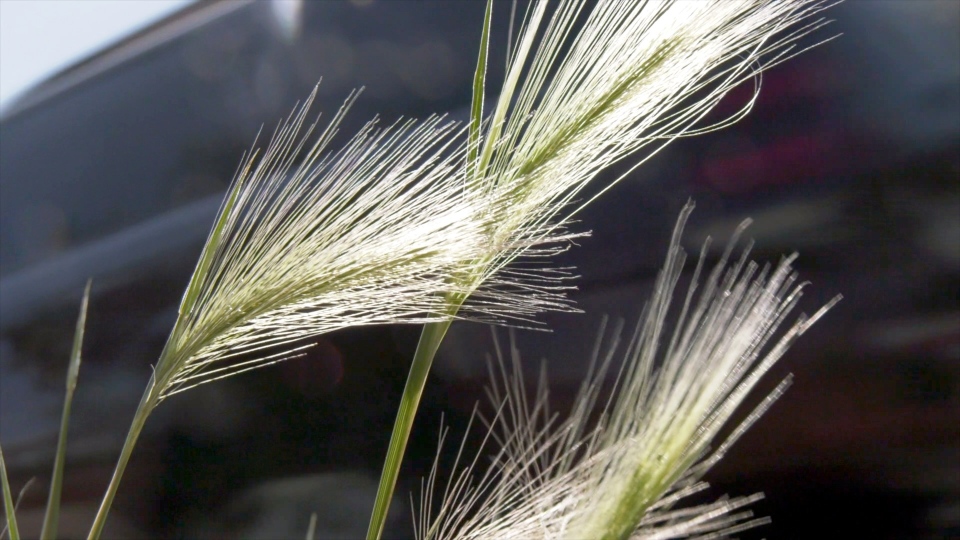 Foxtail grass is common in Alberta and has sharp, barbed seeds that can become lodged in paws, ears and in dogs’ skin.

For many though, that’s impossible.

Erika Martens and Nancy MacIntyre live in the southeast community of Mahogany. When the wind blows, foxtail seeds pour into their yard like a winter blizzard, leaving piles over a metre high.

“We're vacuuming the yard like eight times a day, just for the dog to go out and have a pee," said MacIntyre.

"So it's been a lot of work and just frustrating. You get it all cleaned up, the wind comes up and boom, you're starting from square one again.”

Their dog, Snoopy, consumed some of the foxtail seeds and got very sick.

“He was very distressed, crying, pacing and obsessively eating grass outside,” said Martens

“It was awful just to see, to see your dog so in pain and distressed and not knowing what to do to help him.”

After $8,000 in surgery, Snoopy is recovering from the effect of the foxtails he ingested.

“She went to the vet, we were there six times at the emergency vet," said Dana Burrows.

Foxtails thrive in places where the soil has been disturbed. As a result, most of the cases of animals being affected by foxtail grass are in communities on the edges of the city, were land has been cleared for new communities.

Ward 12 Coun. Shane Keating says his office has fielded several complaints of foxtails this fall from residents in southeast communities, but a post on his ward blog says there’s little the city can do.

“Foxtail barley is a perennial weed, which is not legislated in Alberta," Keating wrote.

"Which means our integrated pest management group does not control foxtail barley because it isn’t a legislated weed and there aren’t any herbicides that have proven to be very effective for controlling it.“

Keating goes on to say his office is reaching out to developers to see what can be done to control the weeds on private property. He also advises residents with concerns to contact their MLA, as the province maintains the list of noxious plants.