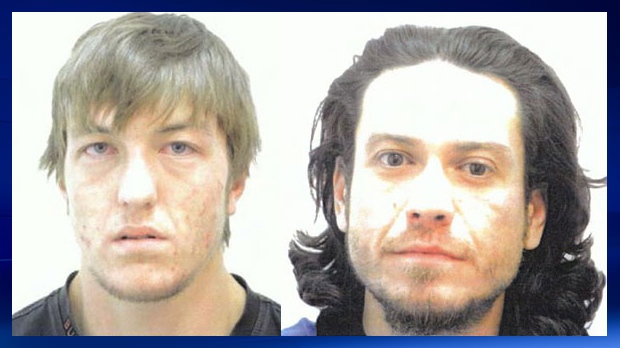 Police are on the hunt for two Calgarians in connection to the September 2 robbery of a man inside a northeast home during which the victim was allegedly duct taped and tortured with a pair of pliers.

King and Stoffels face charges of:

On the afternoon of September 2, 2015, emergency crews responded to a home in the 100 block of Coventry Road Northeast after neighbours heard the cries of an injured man, shrouded in duct tape, on the lawn of a home.

According to neighbours, the man said he had been robbed inside the residence and had been tortured, including the removal of one of his toes.

Police say the robbery victim had previously met a teenager girl on a bus and the two exchanged contact information. The victim was lured to the Coventry Hills home.

Anyone with information about the current locations of either King or Stoffels is asked to contact the Calgary Police Service, 403-266-1234, or Crime Stoppers.