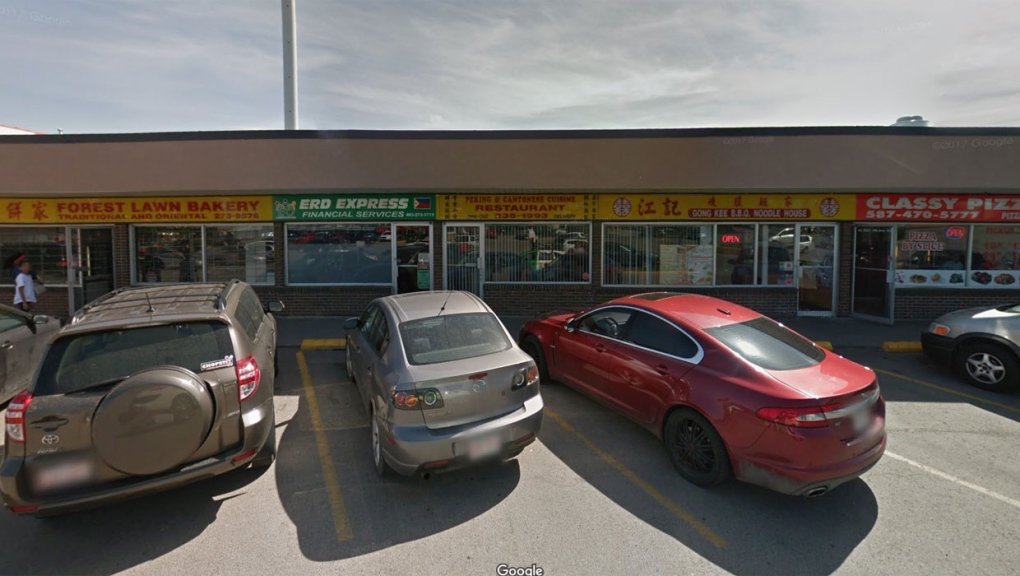 CALGARY -- The owners of a number of businesses at a shopping centre in Forest Lawn are glad they have running water again after a water main break over the weekend, but were frustrated with the city's response.

Closure notices for a number of restaurants, as well as a supermarket, were posted on the Alberta Health Services website on Wednesday. The agency stated the businesses were forced to close because of "no hot or cold running water" being available.

All of the establishments were closed on Jan. 4, after a health inspector attended each of the premises and discovered the problem.

Danny La, who works at the Forest Lawn Bakery, one of the businesses involved in the closures, said a pipe that supplies water to the building broke Saturday night.

"It affected about half the mall," he said.

The city restored water services to the building Tuesday night, but La said his business, along with four others; Classy Pizza, Dakao Deli, Gong Kee BBQ Noodle House and Lucky Supermarket could not reopen until the work was done.

La said they lost business as a result and the issue was "very hard to deal with."

"We're frustrated at the lack of notice from the city," he said. "We were promised a water tanker, but it never came."

Officials with the City of Calgary said they were called to deal with three consecutive water main breaks that affected services at the strip mall over the weekend, something they said was abnormal.

Crews were called out to the location two separate times, repaired the pipe and restored water only to have the water main break for a third time.

Officials say water main breaks are possible at any time of the year, but occur more frequently during the winter.

"Temperature of the ground and water can contribute to water main breaks. Freezing can cause expansion and contraction that creates force on the water main," city spokesperson Brittany Hodges wrote in an email to CTV News.

"Under normal circumstances, water main breaks are repaired and water is back on within 48 hours, but we aren’t always able to predict exactly when water will return. Three back-to-back water main breaks was an unusual situation, and we are typically able to restore water service sooner."

Hodges said the city appreciates the patience of all the affected businesses while crews worked to restore services.

She added crews always strive to keep homeowners and businesses informed whenever there is a water outage that could affect them.

AHS said all of the closures were a result of the City of Calgary's water service issue.

"The issue has now been addressed at these businesses, and they are being re-opened," AHS told CTV News in an email. "The Closure Orders will be rescinded shortly."