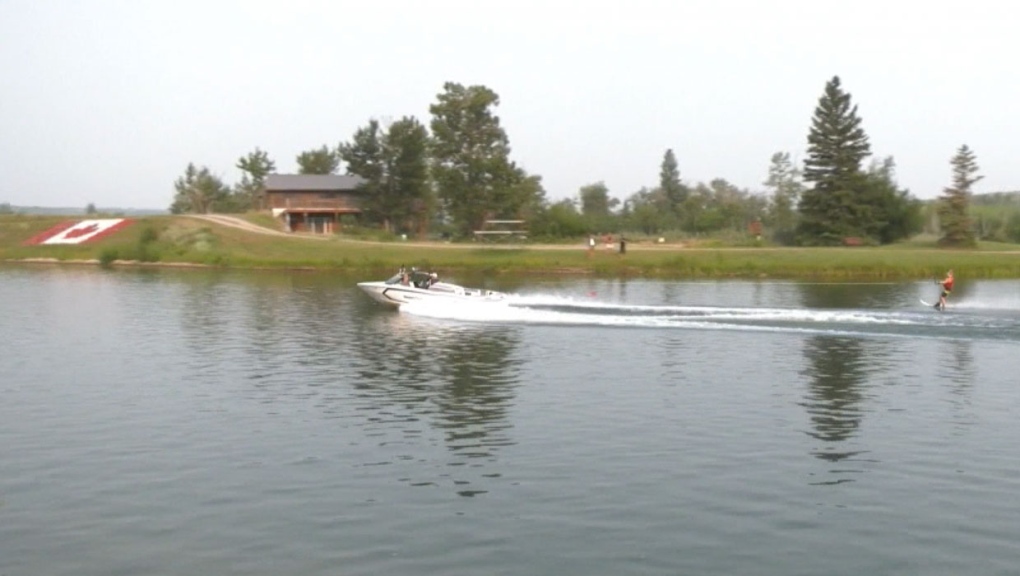 Competition at Predator Bay, south of Calgary, will run through the day on Monday.
CALGARY -

While many eyes are set on Team Canada's performance at the Tokyo Olympics, there is also a lot of attention on another summertime competition just south of Calgary.

The Canadian Waterskiing Championships are on this weekend at Predator Bay, with competitors facing off in a number of events to test their prowess on the water.

The events began with the Western tournament on Friday, which wrapped up on Saturday.

Sunday's competition features some of the best water-skiers in the country participating in slalom skiing as well as a trick and jump competition.

Events will also take place all day on Monday.

Predator Bay has hosted the national and western championships before, as well as numerous provincial championships.

It also held the World Water Ski Championships in 2009.

Denied cross-border shoppers, some U.S. companies opt to export to Canada instead

American businesses are at a loss to explain why the U.S. continues to deny Canadians the ability to drive across the border for holidays, day trips or shopping excursions -- a restriction the federal Canadian government began easing over the summer for fully vaccinated U.S. citizens and permanent residents.

Researchers from Rutgers University in New Jersey say smartphone sensor data combined with machine learning could detect whether someone is under the influence of cannabis.

Lines of mourners paid their respects Sunday for Gabby Petito, the 22-year-old whose death on a cross-country trip has sparked a manhunt for her boyfriend.

As Canada prepares to recognize the first National Day for Truth and Reconciliation Thursday, the desire to hear from residential school survivors has soared across the country.