'We are celebrating his life': Couple giving friends and family the chance to say goodbye 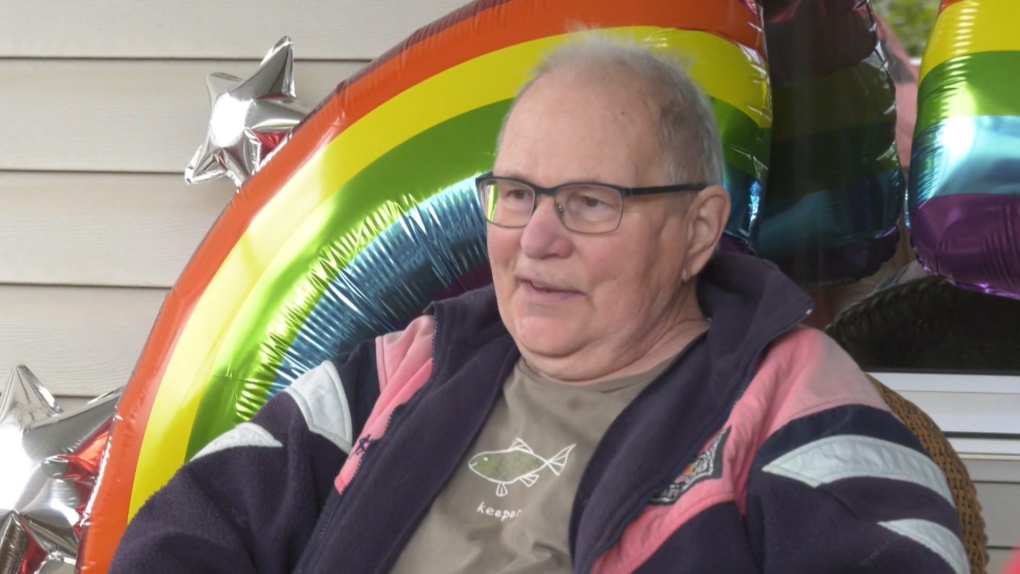 Jim Nikiforuk at his celebration of life.
CALGARY -

An Airdrie couple held a celebration of life after receiving a terminal cancer diagnosis.

A year after Jim Nikiforuk and Deborah Lawton were married in 2014, Jim was diagnosed with stage four prostate cancer.

The couple was told this summer that Jim only had a few months left to live.

"We really wanted to have Jim be able to have the opportunity for people to be able to come and celebrate with him before… give all their wishes to him instead of to me at the funeral, and we're not having a funeral, we are celebrating his life with him with us," said Deborah.

The couple has a history of being non-traditional, their wedding even took place in a Starbucks.

Guests at the celebaration of life were also given a cookbook filled with Jim’s recipes. According to Deborah, after 47 years of cooking dinner on Ukrainian Christmas and being asked for the recipes, they decided to make them his legacy.

"We’re very grateful that he’s been doing really well these past couple of days and grateful that we can celebrate," said Deborah. "There’s too much going on right now that’s sad and we just wanted to have good smiles and a really great way of blessing everybody who's blessed our lives."