She’s a corporate lawyer, a businesswoman and a philanthropist for some of Calgary’s most vulnerable young children, but Jane Wachowich can now add ‘Citizen of the Year’ to her incredible resume.

The Calgary woman took home the top honour in the city’s annual awards ceremony on Wednesday evening where 11 other people also received accolades for their community leadership efforts.

Wachowich was highlighted for creating Youth Centres of Calgary -- a series of safe places where disadvantaged kids can meet after school -- to keep youth away from illicit or dangerous activity.

“It’s an honour and it’s humbling because I’m surrounded by hundreds of people who support our work to help fix cyclical poverty,” she said.

“There are thousands of kids in Calgary who didn't necessarily choose the place they're at in life so we're leveling the playing field and giving them opportunities to become great people and great contributors to the community.”

Three decades ago, Wachowich began volunteering in the inner-city housing projects of Chicago in an effort to help at-risk youth and get to the root of how to support them as they grow up.

She took that experience with her to Calgary where she began overseeing the Cornerstone Youth Centre in Mayland Heights about 10 years ago.

“It was a struggling place but we were in a position to acquire more volunteers, create an organization that was much stronger financially where kids could play on the basketball court, we got a new kitchen, we created a music studio, we built spaces for homework and acquired laptops.”

Wachowich took that same model and in 2019 purchased a home in Ogden that soon also became a sanctuary from poverty and neglect for youth.

When the pandemic halted those activities, Wachowich never gave up her efforts to help children and transformed the home into a hub where thousands of lunches were prepared and distributed every day of the week.

With the help of several community partners, the non-profit centre was able to provide relief to families with parents who lost their jobs and suddenly were forced to homeschool their children.

“We started with 30 lunches a day handing them out from the doorsteps of the center to the kids that we see normally every day and we soon realized it wasn't just our kids, it was their siblings, it was their neighbors and families,” she said.

“Ultimately, we gave out about 150,000 commercial kitchen-grade lunches. It was the busiest it could have possibly been, but it was a lot of fun and that was hugely rewarding too.” 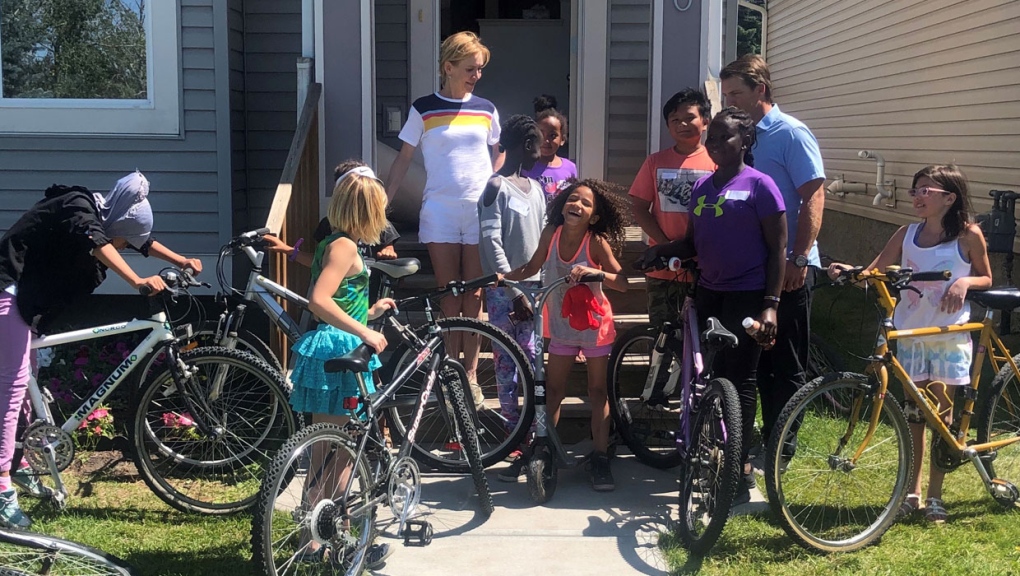 Moving forward, Wachowich plans to open several other youth centres across the city where children can have the same access to activities and resources.

“This needs to be replicated and we’ve done urban studies to identify locations for future centres so my next goal is to create a centre in Dover.”

“I’m not a policy maker, but I’m so grateful for this honour if it shines a light on the kids and the amazing volunteers doing this work.”

Wachowich was among seven citizen of the year nominees and dozens of others nominated in 11 other categories for outstanding community achievements.

Mayor Jyoti Gondek noted at the ceremony on Wednesday night that she’s proud of the work so many Calgarians are doing to help others.

“Our city is filled with amazing Calgarians pursuing their dreams and dedicating their lives to make our communities better places,” Gondek said.

“We are proud to celebrate their accomplishments as we honour this year’s recipients.”

The following recipients were also honoured at the 2022 Calgary Awards: