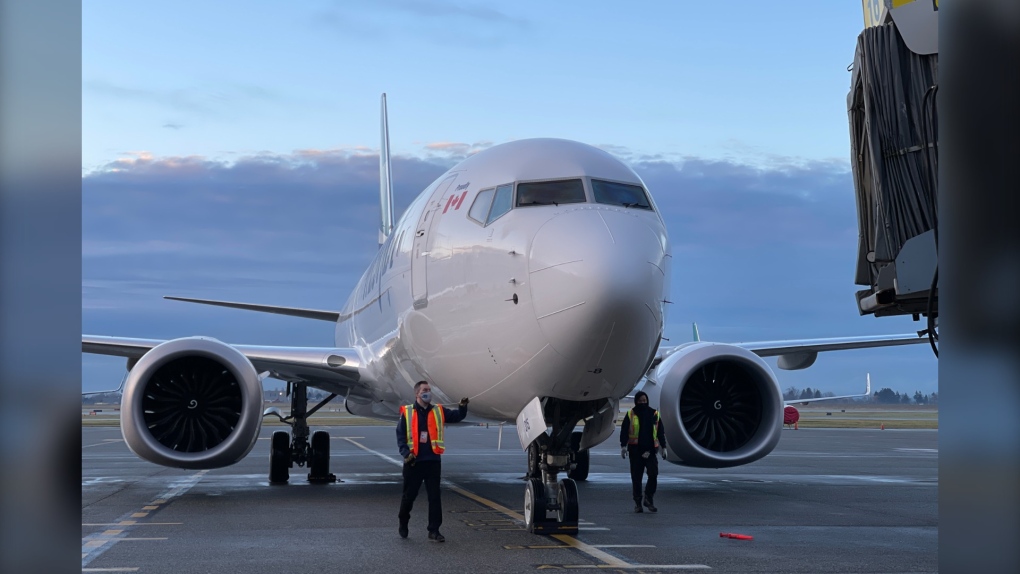 WestJet officials confirm a Calgary-Toronto flight was cancelled Friday after a potential fault was detected in the Boeing 737 MAX's monitoring system. (file)

CALGARY -- A Friday morning flight from Calgary to Toronto was cancelled as maintenance conducted a checklist to turn off a light on the monitoring system on board the Boeing 737 MAX.

"A standard function of the health monitoring system indicated a potential fault that needed to be verified and reset," explained Stewart in a statement to CTV News. "This process takes time and requires a subsequent engine run, which we do not perform with guests on board.

"In the interest of our guests' time, we cancelled flight 658 and its return 665 (Toronto/Calgary) and we rebooked them on the next available flight to ensure a timely arrival in Toronto."

Stewart adds that the aircraft was approved to return to service by the airline's maintenance team approximately 90 minutes after the original scheduled departure time.

The decision to cancel the flight, instead of delay the departure, was made as there was available space on a Dreamliner flight to the same destination with an earlier expected time of arrival.

"All guests that were on board have already departed for Toronto on our planned Dreamliner service, WS662. We apologize to them for this morning's inconvenience and appreciate their patience."

WestJet resumed service of its Boeing 737 MAX on Thursday and, as of Friday, the airline has two of the aircraft in service. The airline has not indicated what prompted the fault notification.