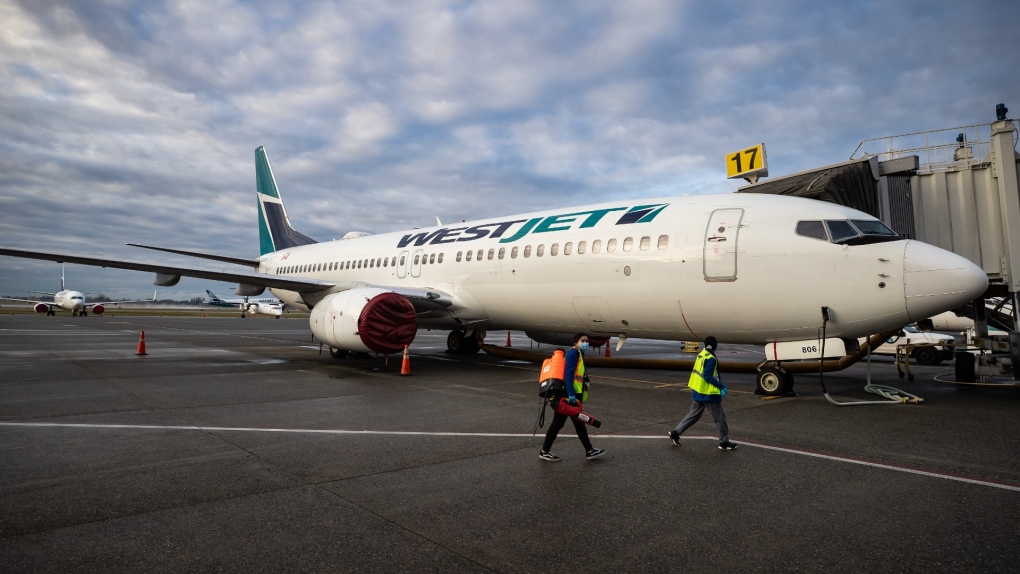 A worker carrying a disinfectant sprayer walks past a WestJet Airlines Boeing 737-800 aircraft, after cleaning another plane at Vancouver International Airport, in Richmond, B.C., on Jan. 21, 2021. (THE CANADIAN PRESS/Darryl Dyck)

The union representing more than 700 WestJet employees at airports in Calgary and Vancouver says they have voted to support a strike if they cannot reach a new contract with the airline.

The union says wages are a key issue in the contract talks.

It says the workers voted 98 per cent in favour of a strike as early as July 27 if a deal cannot be reached.

Before taking any strike action, Unifor must serve WestJet Airlines with 72 hours notice.

The strike vote comes as airlines and airports have struggled this summer with the resurgence in travel following the lifting of COVID-19 restrictions.

This report by The Canadian Press was first published July 20, 2022.