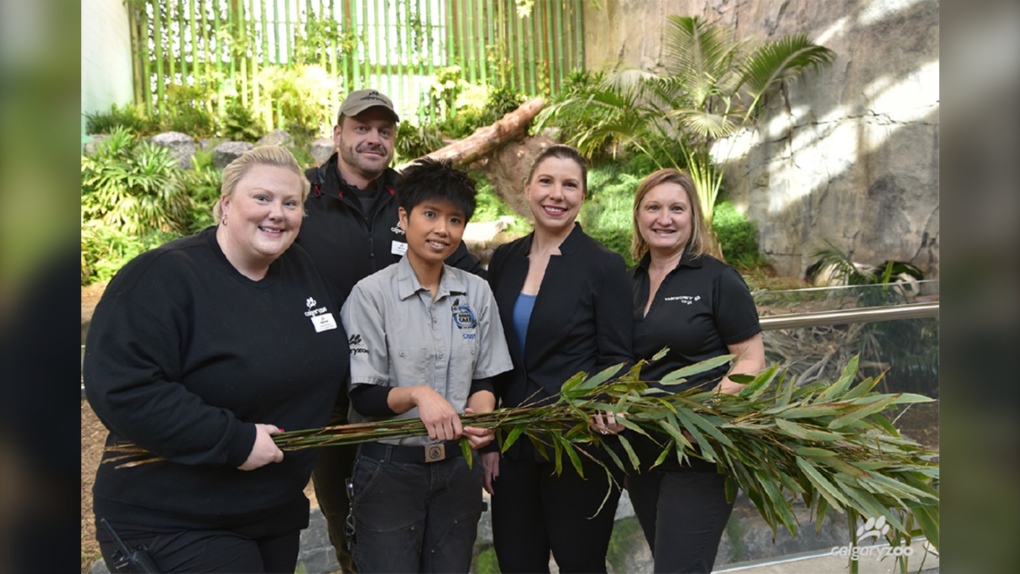 CALGARY – The giant pandas at the Calgary Zoo will be well stocked with fresh bamboo for the foreseeable future after WestJet Cargo stepped in when another airline ended its direct China-Calgary route.

The combined bamboo intake of the four giant pandas is approximately 1,200 kg. per week. Fresh bamboo, as giant pandas are fickle and refuse to eat wilted bamboo,  had been flown directly from China to Calgary on a regular basis but that arrangement concluded when the direct Hainan Airlines flights stopped on Oct. 31.

Hainan Airlines will continue to fly direct routes from China to Toronto.

According to zoo officials, WestJet Cargo learned of the bamboo predicament and offered to fly bamboo shipments from Toronto to Calgary twice each week.

"The Calgary Zoo team worked hard to find a solution to this challenging situation," said Jamie Dorgan, director of animal care for the Calgary Zoo. "A big thank you to WestJet for helping us out, and to Hainan Airlines for their ongoing support by getting bamboo from China to Canada for our pandas."

The Calgary Zoo's twin pandas, Jia Panpan and Jia Yueyue, are on loan from China and are scheduled to be sent to Chengdu, China in early 2020. Their mother, Er Shun, and an adult male panda, Dao Mao, will remain at the Calgary Zoo until 2023.