Calgary police are sharing some insight into the state of gun violence in the city, saying there have been 91 shootings so far this year, compared to 52 in the same time period last year.

The total number of shootings in Calgary in 2021 was 95, a number we're getting close to eclipsing with four months left in the year.

Insp. Jodi Gach of the Calgary Police Service's organized crime and offender management section says while the city has seen an increase in gun violence and shootings, it's important to note that not all of it is connected to organized crime.

"What we are seeing now is firearms being used in the commission of all types of crime, by offenders who are not organized crime offenders," she said.

"Less than 25 per cent are related to organized crime and the remaining 75 per cent have motivations that include drugs, accidental discharge, road rage and personal disputes."

Gach says regardless of the crime, offenders who use guns have one thing in common: they show little regard for the safety of Calgarians.

"Each incident leaves a trail of Calgarians impacted," Gach said. "In each case, there are witnesses, family members, neighbours and business owners who deal with the consequences of this reckless violence.

"It's very concerning, not only to the police but also to the community, the level of violence that (is) happening in our communities – particularly related to gun violence."

CALGARY HAS A GANG PROBLEM AND A GUN PROBLEM

When asked if the increase in gun violence is a gang problem or a gun problem, Gach said Calgary has both.

"There's more access to guns, there's more guns that are readily available. We know by the number of 75 per cent of shootings being related to non-organized-crime related individuals, people who wouldn't have historically been using guns have elevated their level of violence.

"So the access to guns is obviously a problem, but also the reckless behaviour and targeting of people within organized crime to advance their own personal agendas or greed for profit is a significant problem."

On Wednesday, Calgary police released the following information about a series of recent gun seizures and subsequent charges:

Police say officers recovered a loaded .380 Ruger handgun from a vehicle towed after a traffic stop in late April.

Masood Mohammad, 28, of Calgary, is charged with 11 firearms and drug-related offences. 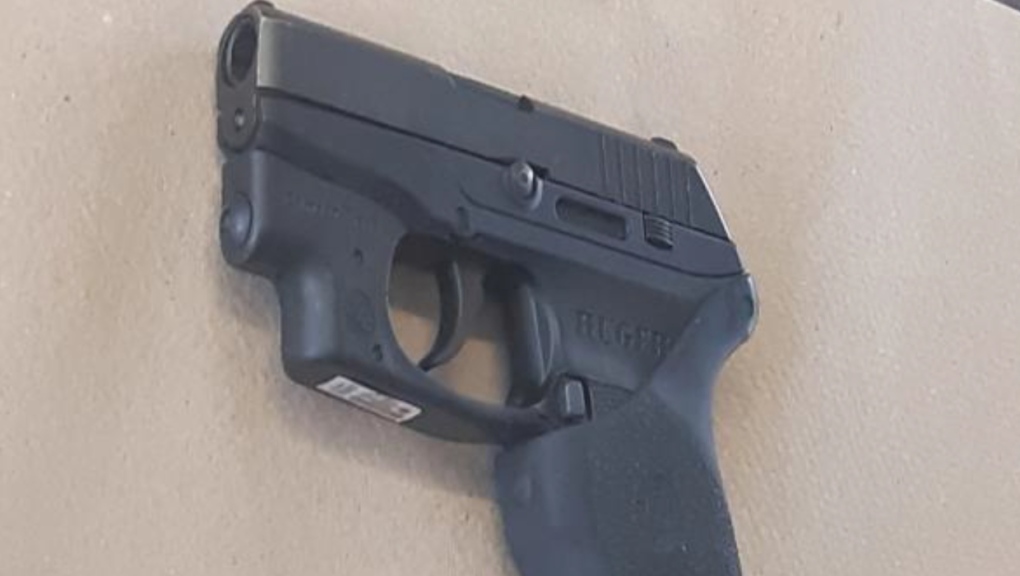 Police say more than 35 rounds were fired from at least four different firearms in a shooting in Saddleridge on April 6. Stray bullets hit 10 homes and three vehicles.

In early July, officers recovered a loaded 9mm Taurus handgun during the search of a home on Covecreek Mews N.E. Investigators believe the gun was one of the four used in the April 6 shooting in Saddleridge.

Nesheir Mohammed, 24, of Calgary, is charged with five firearms-related offences.

Anyone with further information on the incident is asked to call the CPS non-emergency line at 403-266-1234 or to contact Crime Stoppers anonymously. 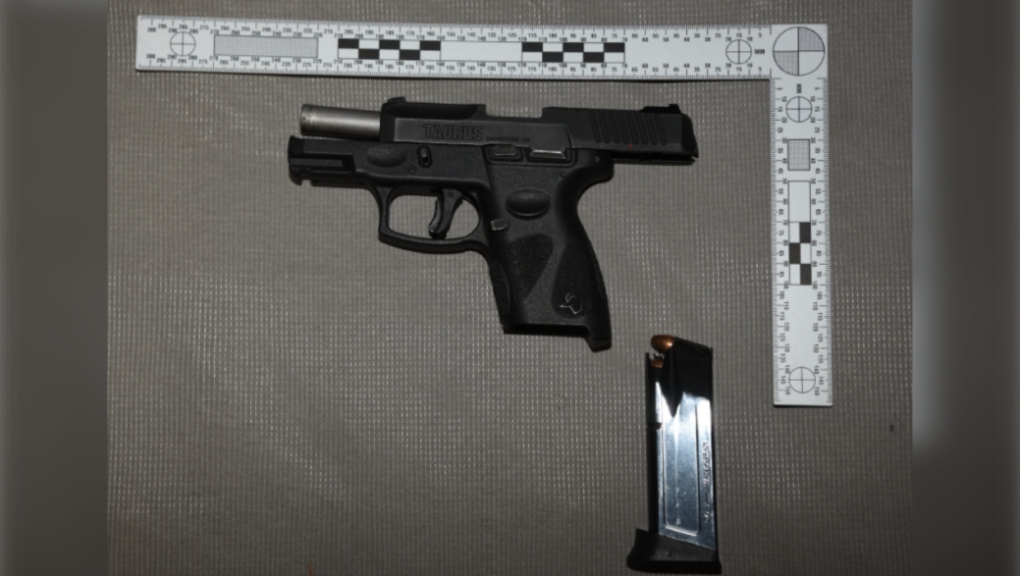 Calgary police recovered a loaded 9mm Taurus handgun during the search of a home on Covecreek Mews N.E. in July 2022. (Calgary Police Service)

Police say security officers found a loaded Glock firearm inside a checked bag at the Calgary International Airport on July 17.

Security notified police who took the suspect into custody without incident.

Samuel Deverze, 31, of Calgary, is charged  with five firearms-related charges. 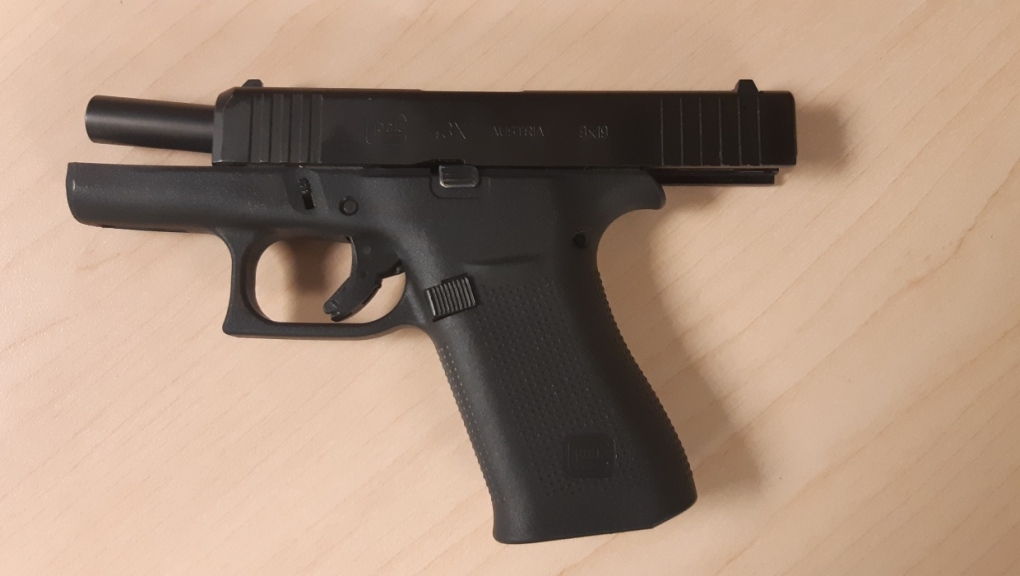 Police say officers conducted a traffic stop on Aug. 10 for a man believed to be in violation of his parole.

A search of his vehicle uncovered two loaded semi-automatic handguns.

Ahed Alwan, 26, of Calgary is charged with 16 firearms-related offences. 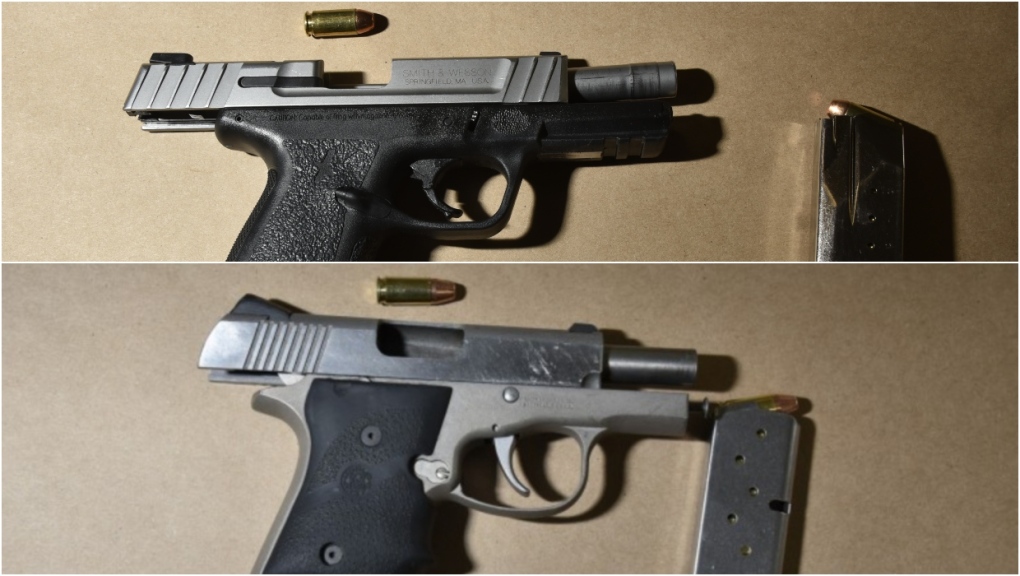 Police say officers seized four loaded firearms and one empty firearm, a high capacity magazine, body armor and drugs from people believed to be associated with an organized crime group.

The date and location of the searches and the name of the organized crime group weren't released.

Abdoulaye Gadjiko, 24, is wanted on warrants in relation to the investigation.

He is described as 175 centimetres tall (5'9") and 81 kilograms (180 pounds) with black hair, brown eyes and tattoos on his chest and both forearms. 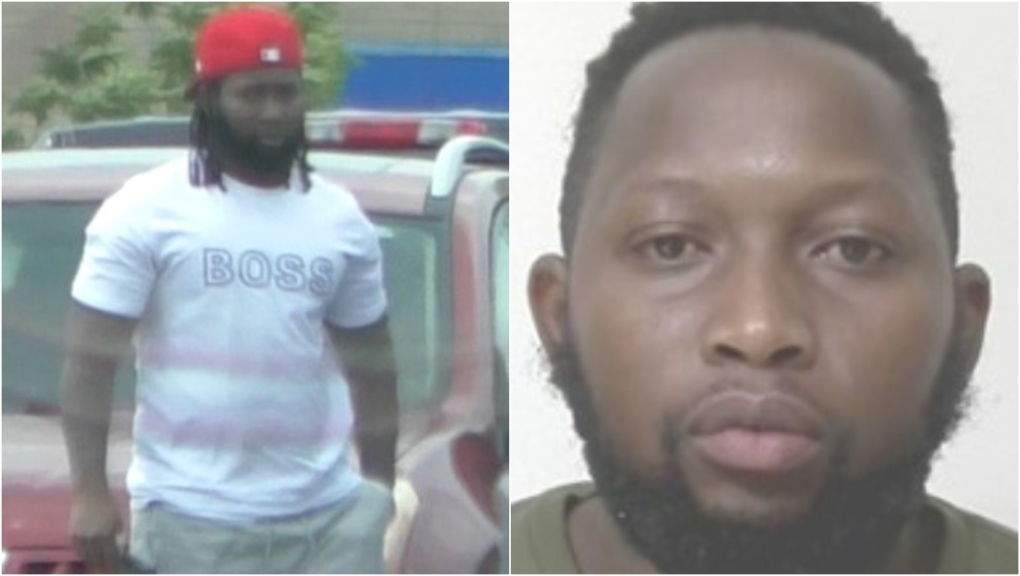 Abdoulaye Gadjiko, 24, is wanted on warrants in relation to the investigation.Anyone with information on Gadjiko’s whereabouts is asked to call the CPS non-emergency line at 403-266-1234 or to contact Crime Stoppers anonymously.

Gar Gar, who runs the Youth Empowerment and Skills Centre in northeast Calgary, says more resources are needed to mentor the city's next generation and help them find acceptance away from a life of crime.

"It starts with finding home for the youth and trying to channel their energy to do something they're proud of," Gar said. "We need to make them feel wanted in their community so they can be encouraged to become a community builder."

He believes giving them "a chance to succeed instead of guaranteed" hardship can offer a life away from gun violence.