CALGARY -- A southeastern Alberta county passed a resolution Tuesday calling for changes to the confederation — or Alberta would hold an independence referendum.

Wheatland County Coun. Jason Wilson’s resolution, pressing the provincial government to insert Alberta’s constitutional rights within confederation, will now go out to other municipalities across the province.

“The point of the resolution was really to let the provincial government, and the nation even, know about the frustrations that rural Albertans are facing right now,” said Wilson.

“The Canadian government right now isn’t allowing us as Albertans to fill our full potential.”

The resolution suggests Alberta should create its own pension plan, with a police force to replace the RCMP.  Alberta should be in charge of collecting Alberta income tax revenue and control immigration to the province.

The resolution also calls for an end to equalization payments.

It was unanimously passed by Wheatland County Tuesday. If the federal government refuses to act on the recommendations, the resolution calls for an independence referendum in October 2021. 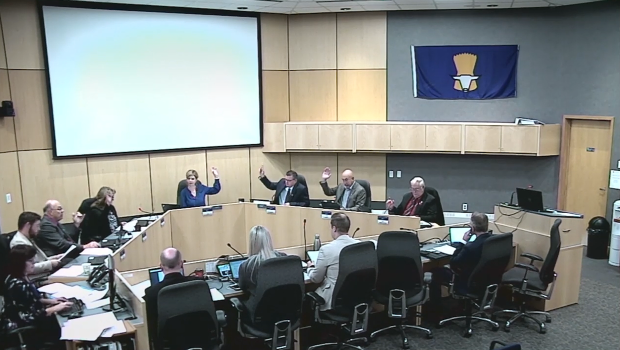 The chance it would actually trigger a referendum is not high, according to Lori Williams, policy studies associate professor at Mount Royal University.

She calls it a symbolic gesture, since municipalities have only delegated authority from provincial and federal governments.

“It has some resonance, but it has the potential actually to make it very difficult for even the provincial government to govern effectively," Williams said. "It could actually divide those who might be united on other issues.

“I think for a lot of Albertans the primary focus is trying to get economic renewal," she said.

Jason Kenney’s government said if Alberta doesn't get a better deal from Ottawa and pipelines aren't built, it will hold a referendum on equalization.

Whereas: Alberta contributes more, per person, to the national economy than any other province.  With only 12% of Canada’s population, Alberta attracts one quarter of all capital investment in the country and is responsible for more than one fifth of all Canadian goods exported.

Whereas: Albertan workers contribute far more to the Canada Pension Plan than its retirees take out.  In 2017, 16.5% of all CPP contributions came from Alberta workers, while just 10.6% of CPP expenditures made their way back to the province. If Alberta were to remove itself from the Canadian pension Plan, the current CPP rate (9.9%) would have to increase to 10.6%, resulting in up to $367 in additional contributions (in the form of payroll taxes) for workers outside of Alberta. Meanwhile, Albertans would pay just 5.85% for a CPP-like program for the province.

Whereas: A Statistics Canada 2017 report states that the Government of Canada generated $50.3 billion from Alberta taxpayers and only spent $28.5 billion in Alberta. Albertans pay more in federal taxes than we get back in federal spending. Meanwhile, the federal government generated $53.7 billion from Quebec taxpayers and spent $70.1 billion in Quebec.

Whereas:   The North-West Mounted Police were founded in 1873 with a military culture, and that remains a central aspect of the RCMP culture today. Over the last number of decades the changing of society has caused the RCMP to change into an inefficient and poor service. As Wheatland County has found, having five different divisions and many detachments under staffed, with no future plans of reaching the organizations own recommendation of officers per capita, the national police force is no longer fulfilling local needs across the Province of Alberta.

Therefore be it resolved: The Government of Alberta act on the following recommendations in order to assert Alberta’s constitutional rights within confederation.

a)     That the Province of Alberta withdraw from the Canada Pension Plan and create an Alberta Pension Plan offering the same benefits at lower cost while giving Alberta control over the investment fund. Pensions are a provincial responsibility under section 94A of the Constitution Act. 1867.

b)    That the Province of Alberta collects its own revenue from personal income tax, as the province already does for corporate income tax. There is no reason to have Ottawa collect Alberta’s revenue. Any incremental cost of collecting our own personal income tax would be far outweighed by the policy flexibility that Alberta would gain.

c)     That the Province of Alberta use Section 88 of the Supreme Court’s decision in the Quebec Secession Reference to REMOVE EQUALIZATION from the Canadian Constitution. The federal government and other provinces must seriously consider a proposal for constitutional reform endorsed by “a clear majority on a clear question” in a provincial referendum.

d)    That the Province of Alberta again uses Section 88 of the Supreme Court’s decision in the Quebec Secession Reference to demand Senate reform.. Alberta has acted decisively in holding Senate elections. Now is the time to drive the issue further.

e)     That the Province of Alberta start preparing options to replace the RCMP as the province’s police force.  Alberta is a unique province and needs a police force operated, owned, and directed by the people they serve. Like the other major provinces of Ontario and Quebec, we should have our own provincial police force that answers to the Government of Alberta and understands the regional needs throughout the province. We have no doubt that Alberta can run a more efficient and effective police force than Ottawa can.

f)      That the Province of Alberta enter into an agreement with the federal government, similar to the Canada-Quebec Accord, allowing Alberta to oversee its own immigration that depicts the regional, cultural and economic needs of the Province.

Further be it resolved: If the federal government does not deal with these demands in good faith; if they block, hinder, or otherwise prevent Alberta from exercising its rights as outlined above, that the Government of Alberta will hold a Referendum with a “clear question”, as defined by The Clarity Act, on the secession of Alberta from the Canadian Confederation on October 18th 2021.