CALGARY -- Bringing home the bacon, chicken breast or ground beef is on the minds of many people during the COVID-19 outbreak and local meat companies are seeing a spurt in demand as a result.

TK Ranch, which raises livestock near Coronation and processes and sells its meat at Its facility in Inverlake, said this is the busiest it has been in its 25 years of operation.

“I think we did more sales in two weeks then we did in all of January and February combined,” said Colleen Biggs who owns and operates the Alberta ranch with her husband  Dylan Biggs.

“Food security is something this has really brought home,” she said of the pandemic.

One new customer said he is now buying from TK Ranch both to support local business and to avoid hectic grocery stores.

“Any of the big box stores, even online pick-ups are weeks out,” said Dallas Schwanke who said he will continue to buy meat through TK Ranch instead.

“It’s easier. You just phone and pick it up and it tastes way better than anything you get from Costco.”

Staff will place orders on the porch of the Inverlake facility while customers wait in the car. However, most people choose the home delivery option the business offered even before the pandemic.

Many customers are also more interested in where their food is coming from. TK Ranch sells hormone-free grass-fed beef and lamb, pasture raised pork and free-range chickens. 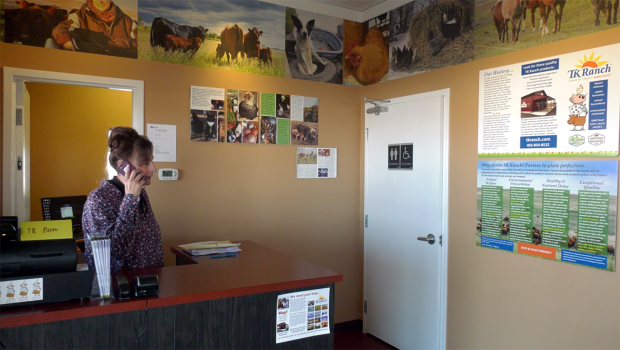 Alberta Beef said across the province ground beef is flying off grocery shelves but higher-priced cuts aren’t going to the restaurant and food-service markets.

“We’ve seen a bit of a pull-back there which has some longer term concerns,” said Brian Perillat with Alberta Beef.

He added consumers may see some benefits in the short-term.

“Maybe some of these higher end or middle meats for grilling season might be fairly reasonably priced.”

He said many packing plants boosted production to six days a week to meet increased demand during the pandemic. 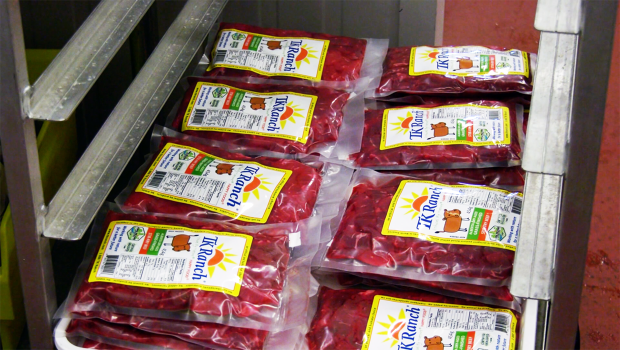 At the same time, governments are coming together to add more capacity to the food safety branch.  Alberta is partnering with the Canadian Food Inspection Agency (CFIA) to train more food inspectors, and bring back retired inspectors.