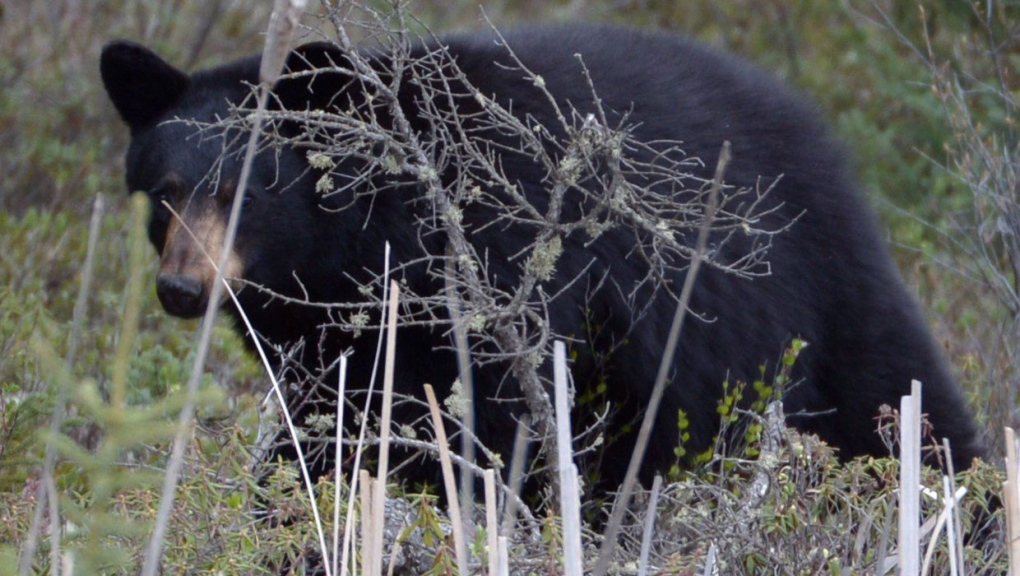 A black bear stands near the side of Highway 881 near Conklin, Alberta on Tuesday May 10, 2016. THE CANADIAN PRESS/Jonathan Hayward

In mid-September, Alberta Environment and Parks released a directive it said would be incorporated into the regulations for provincial parks.

The document "provides clarity" on certain hunting practices, such as the use of dogs to hunt cougars and wild birds, as well as using bait to lure black bears and trap fur-bearing animals.

Hunters, which are authorized to hunt black bears, would only be allowed to use the bait in certain wildlife management units and must have it removed within two weeks of the end of hunting season.

The policy also lays out regulations regarding the use of hunting dogs in wildland parks and in Castle Mountain Provincial Park. Some of those policies include mandatory GPS tracking on the dog, ensuring it is caged or leashed when not hunting cougar and assurances the dog would return on command.

The Alberta Wilderness Association (AWA) says the idea of using food to hunt bears goes against everything Albertans have been taught about bear safety.

"Luring black bears with food is both unethical and unsafe," said Devon Earl, conservation specialist with the AWA. "This practice should be outlawed throughout the province and certainly should not be extended into protected areas."

The AWA says the issue with baiting is it can be unsafe for people, as it has the potential to habituate the bears to humans and human food.

Those rules are in place for all visitors to Alberta's parks and violations can carry heavy fines.

When it comes to using hunting dogs, the AWA says even well-trained dogs are prone to mistakes.

It suggests the dogs may chase and kill animals they are not supposed to be hunting, or species listed as threatened or endangered.

"Protected areas should be a refuge where these animals are safe, and this added threat of hunting dogs should not be introduced," the AWA said.

Earl says the directive was introduced under the UCP government's Bill 21 and the public was not adequately consulted before it came into effect.

"Albertans deserve a say in what happens to our parks and protected areas that are being held in trust for future generations to enjoy," she said.

In response to comments on the issue, the Alberta government told CTV News that both methods outlined in the directive are not new to the province.

"Black bear baiting has been permitted in northern wildland provincial parks for more than 20 years. The use of bait to trap fur-bearing animals and hunt black bears is regulated under the Wildlife Act and wildlife regulation," said Rob Williams, senior press secretary for Alberta Environment and Parks Minister Whitney Issik.

While there was no direct response about AWA's concerns over habituating bears to humans, Williams says baiting bears "decreases the chance of wounding an animal."

"Wildland provincial parks are specifically established to preserve and protect natural heritage and provide opportunities for backcountry recreation, including hunting. Recent changes to the Provincial Parks Act and Public Lands Act authorize the department to develop rules that are clear, easy to understand and responsive to emerging needs and issues."

The government says the new regulations balance opportunities for Alberta hunters with the long-term sustainability of healthy wildlife populations.

According to data, Alberta's black bear population is approximately 40,000, while it's estimated there are about 2,100 cougars here.