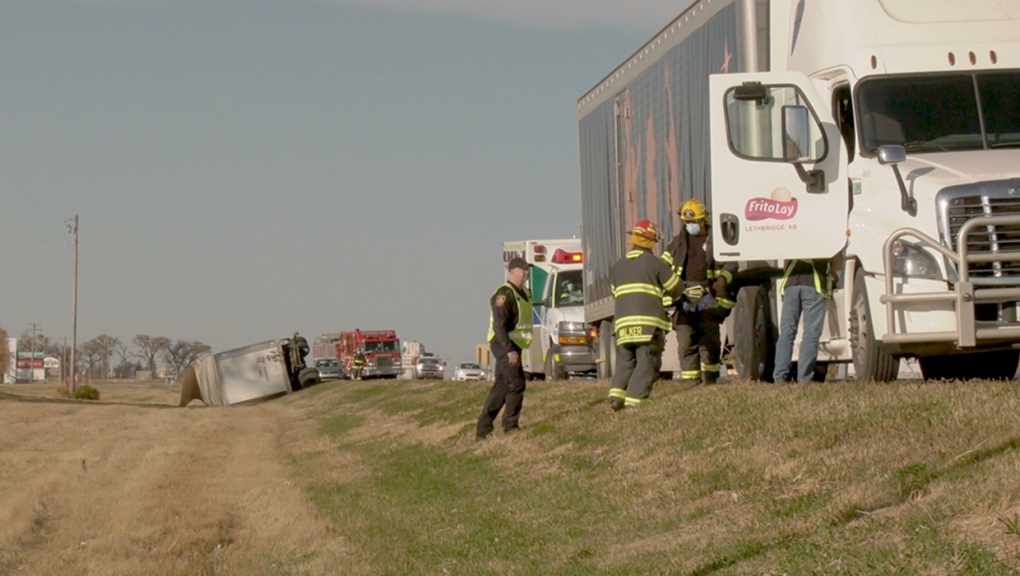 Emergency crew members speak with the driver of a semi after a wind gust separated his load and sent a trailer into the ditch on Highway 3 east of Lethbridge Tuesday morning.

CALGARY -- A driver escaped unscathed after strong wind split his load and sent a trailer into the ditch east of Lethbridge Tuesday morning.

Emergency crews were called to a location along Highway 3, roughly eight kilometres east of Lethbridge city limits, after the second trailer of an eastbound double-trailer rig was blown over by gusting wind and disconnected from the front trailer.

RCMP officials confirm the truck driver was not harmed and charges would not be laid.

A section of eastbound Highway 3 was reduced to a single lane while workers removed the trailer.