A major wind storm wreaked havoc on southern Alberta, toppling tractor trailers and blowing the roofs of farm buildings with some even getting completely blown away.

Debris is scattered for kilometres on both sides of Highway 2 between Stavely and Claresholm.

Environment Canada said overnight gusts along the foothills reached between 113 and 128 kilometres per hour.

For farmer Gary Benson who lives just outside Claresholm, he saw a significant amount of damage to his property.

“This is Canada, we are Canadians, you just move on, you can’t redo anything,” he said.

Benson says a building on his rural property, that is parallel with Highway 2 is a complete write off.

What used to be a warming building for sheep, is now used to store grain. He says he lost nearly half of his stock due to powerful winds.

“I’m glad I wasn’t out here trying to hold things down,” he said. 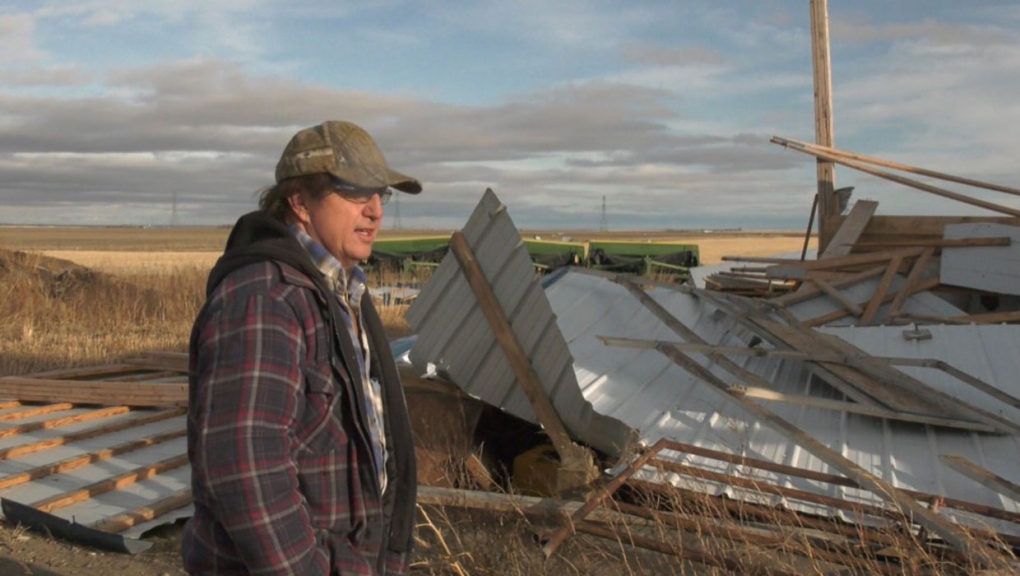 Benson says he had about 10,000 bushels worth of grain inside the building. About 4,500 were scattered across his field. One bushel is equivalent to 60 pounds or 27 kilograms of crop.

He says with nearby wildfires and a poor farming season this latest incident has him anxiously waiting for the turn of the calendar.

“You have a tough year and you add this to it,” said Benson.

“Hopefully this coming year, that’s what we live for as farmers – next year.”

In Lethbridge, homeowner Bill Smolnicky says he lost a tree that snapped in half in his yard, toppling over his apricot tree.

“That force it had last night was incredible,” said Smolnicky.

Dozens of tractor trailers along Highway 22 and Highway 2 could be seen flipped on their sides, due to the gale force winds.

The M.D of Willow Creek emergency services advised truckers on Wednesday morning to consider pulling off in High River or Nanton to the north and Fort Macleod in the south until winds abated. 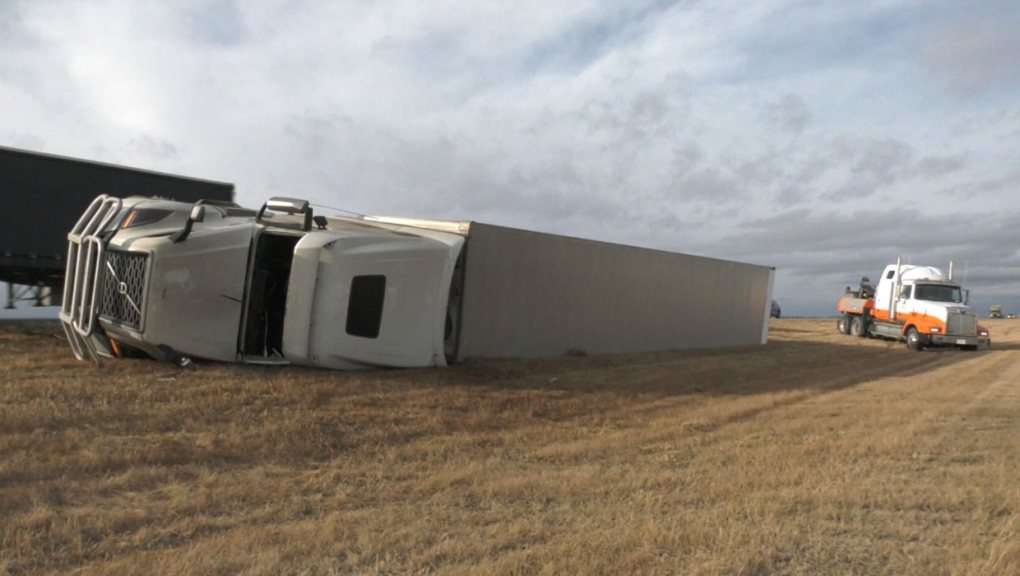 The municipal district also reported power outages in the area.

Light winds are expected by Environment Canada on Wednesday evening.