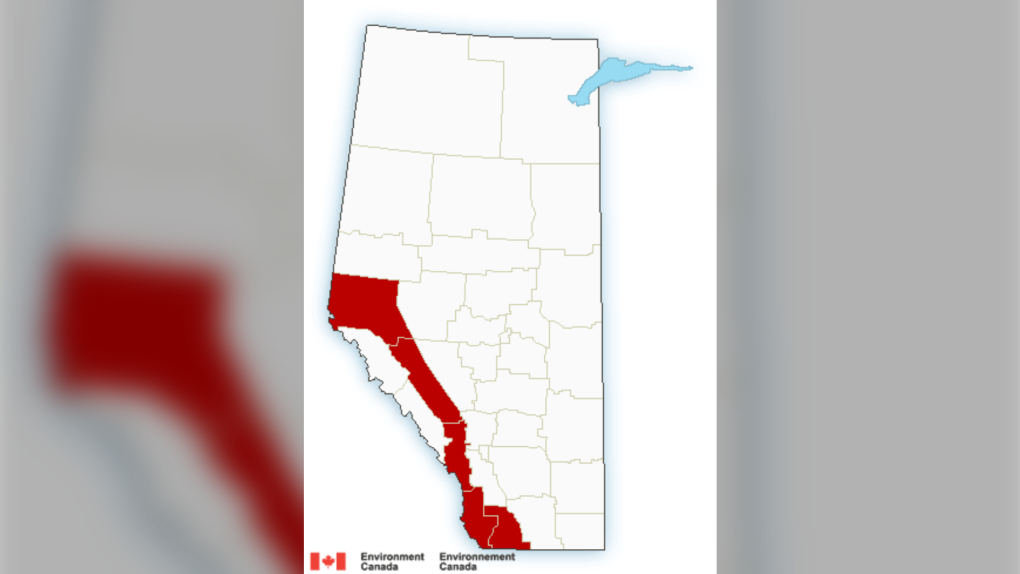 Wind warnings are issued by Environment Canada when there is a significant risk of damaging winds.

CALGARY — Environment Canada has issued winds warnings for parts of southern Alberta as winds between 70km/h to 100 km/h are expected to gust across the province Sunday.

According to the agency, strong winds are forecast throughout the mountain peaks and foothills regions.

The winds in the northwestern portions of the foothills will begin to weaken in the early afternoon, while the winds in the southern region will weaken later in the afternoon.

"High winds may toss loose objects or cause tree branches to break. Be prepared to adjust your driving with changing road conditions due to high winds," warned Environment Canada.

Wind warnings are currently in place for areas within: