Wind warnings in place for most of southern Alberta 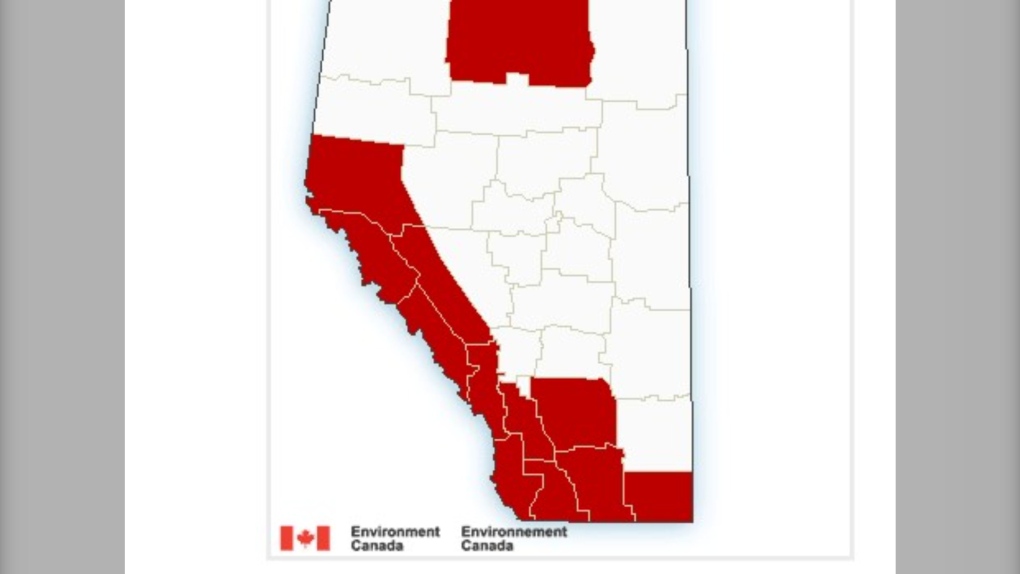 Mich of southwestern Alberta is included in wind warnings issued by Environment Canada on Thursday.

CALGARY -- Hold on to your hats in southern Alberta on Thursday as gusts of up to 120 km/h are expected in some parts.

Environment Canada has issued wind warnings for much of the southwest corner of the province, from the Hinton and Jasper areas south to Banff and Kananaskis Country and the Crowsnest Pass.

"These strong winds will persist through the day on today before easing later this evening," it reads.

"Damage to buildings, such as to roof shingles and windows, may occur. Loose objects may be tossed by the wind and cause injury or damage."

Areas affected by the warnings include: