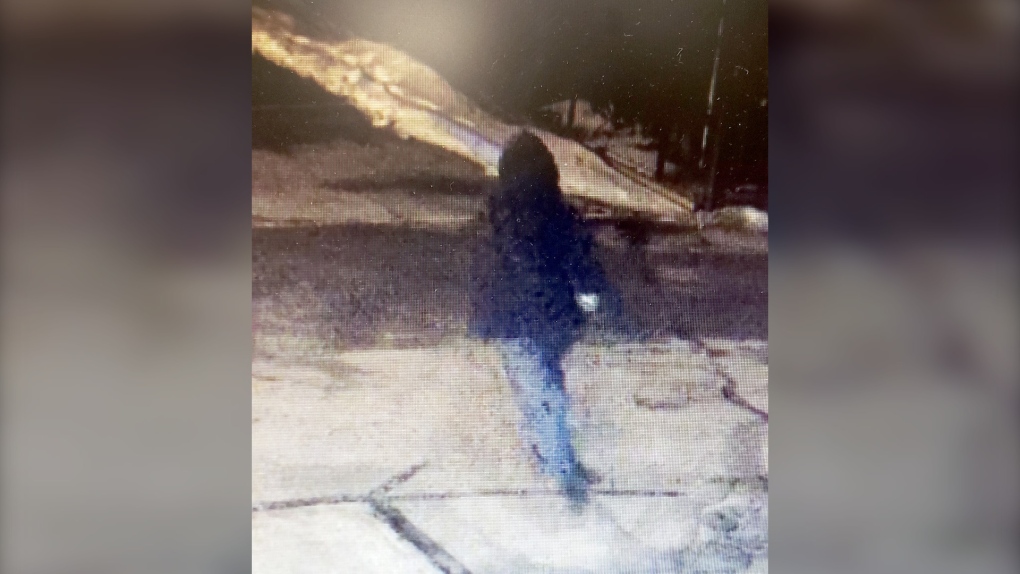 RCMP released this surveillance of a suspect after two windows were broken at a church in the central Alberta town. (RCMP handout)

RCMP in Olds is asking for help to identify a suspect who broke two windows of a church in the central Alberta town.

Just after 10 p.m. on Sunday, police were called to the First Baptist Church on 50th Avenue in Olds, about 96 kilometres north of Calgary.

A suspect was captured on security footage leaving the scene at about 9 p.m. and is described as wearing: