Winds up to 120 km/h in southern Alberta, followed warmth then snow 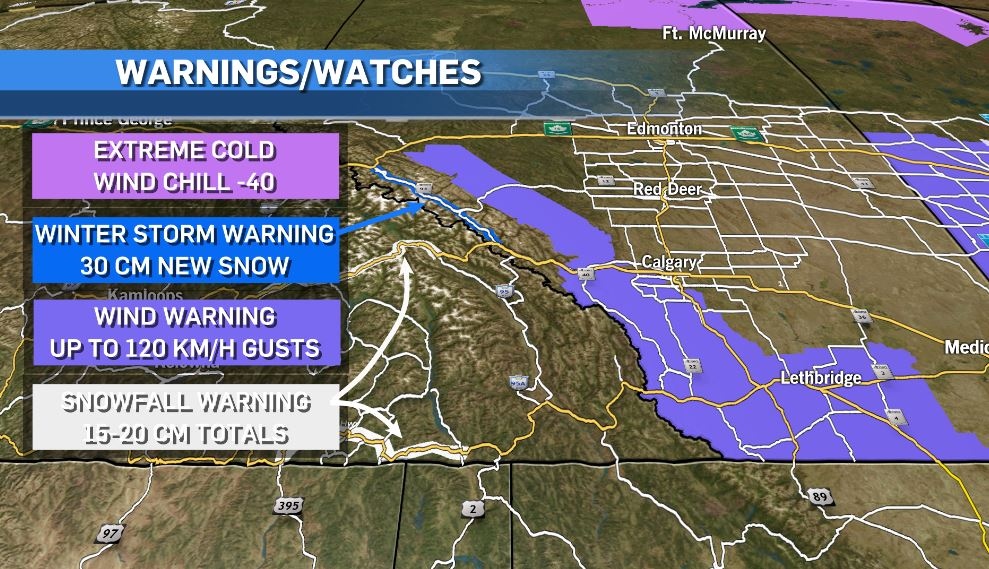 CALGARY -- Wind warnings continue to be in place for southern Alberta. Wind gusts along the foothills and extreme southern regions could exceed 100 kilometres per hour overnight. More snowfall expected for the mountain parks Saturday night. Hwy 93 between Lake Louise and Jasper could see another 30 cm by Sunday. Coupled with the gusty winds, this could lead to poor visibility and road conditions. Consider holding off on non-essential travel until conditions improve. 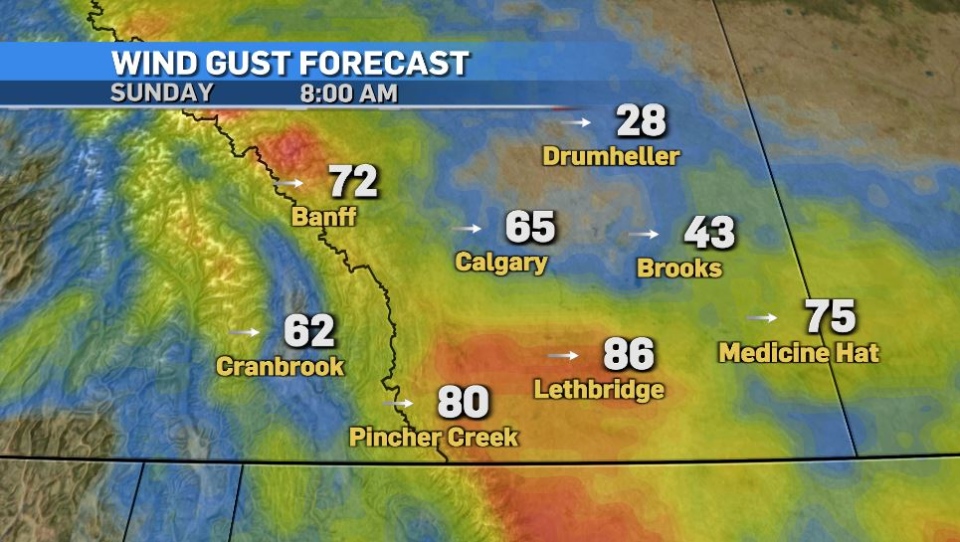 Wind speeds pick up on Sunday elsewhere in the province. Calgary and central regions could see gusts of up to 60 or 70 km/h. It’s best to secure any loose outdoor objects including garbage and recycling bins. The westerly flow helps boost temperatures though, with daytime highs reaching the mid-upper single digits for Calgary and southern parts of the province.

A brown Christmas is unlikely though, despite the warm weekend. Temperatures drop off in the new week with more snow on the way Monday afternoon through Tuesday, and it’s likely this is a significant system. Early estimates show 10-20 cm is possible for central and southern Alberta.