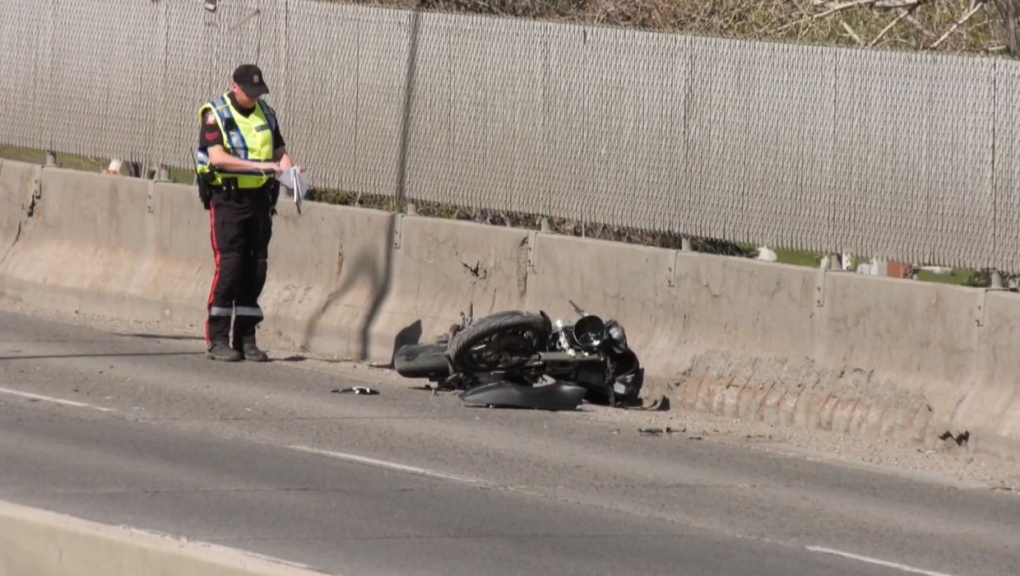 Police are looking for the driver of a blue sedan that was seen near the scene of a fatal motorcycle crash Saturday afternoon.

CALGARY -- Calgary police are continuing to investigate the circumstances of a fatal crash that took place Saturday afternoon and would like to speak to a certain driver who might know something about it.

Police, along with firefighters and EMS, were called to the scene of a motorcycle crash in the northbound lanes of Macleod Trail near Spiller Road S.E. at about 3:50 p.m.

When they arrived, they found a motorcycle rider had apparently lost control, struck the metal roadside barrier and crashed.

The rider suffered fatal injuries as a result of the incident and was pronounced dead at the scene.

Following an investigation, Calgary police say they've obtained security footage from a nearby business that shows a distinctive blue sedan driving near the motorcyclist near the time of the crash.

Investigators say the vehicle is a newer, 3 or 4 series BMW.

At this time, police do not believe the driver is involved in the crash but believe they may have information on what led to the incident.

Anyone with information about the collision or the vehicle is asked to call the police non-emergency line at 403-266-1234 or Crime Stoppers through any of the following methods: