Witnesses sought after pedestrian hit by car in Deer Ridge 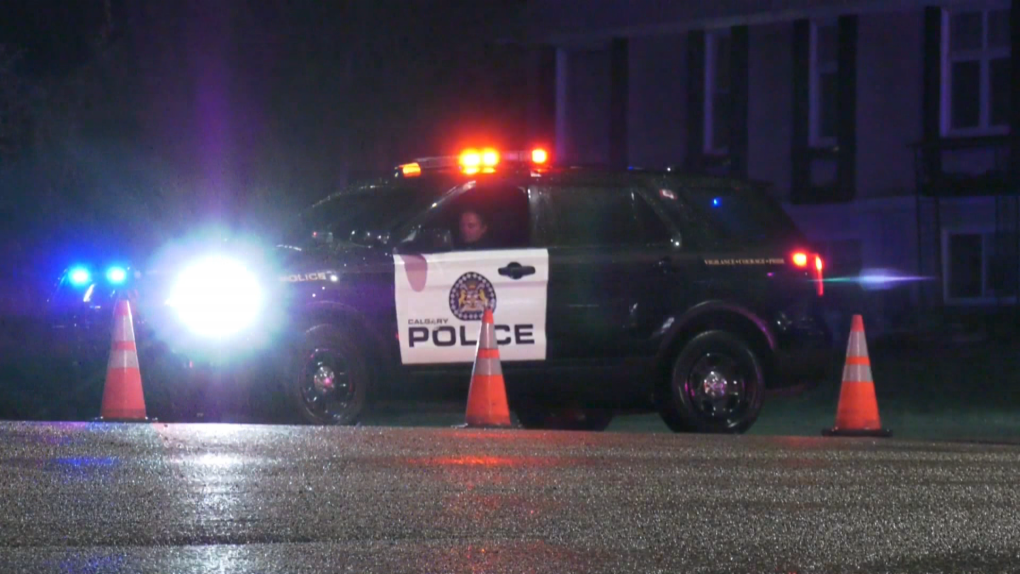 A CPS unit along Deer Ridge Dr. S.E. after a woman was hit by a car Monday night.

CALGARY -- A woman was taken to the Foothills Medical Centre with severe injuries after she was struck by a car Monday night in the city's southeast.

Emergency crews responded to the intersection of Canyon Meadows Drive and Deer Ridge Drive S.E. at around 10:30 p.m. after a sedan struck a pedestrian and sent her airborne for, what police refer to as, "a significant distance".

According to police, two people were crossing the road in a designated crosswalk when a northbound 2009 Hyundai Accent hit the woman while making a left hand turn into the westbound lanes of Canyon Meadows Dr.

EMS officials say the victim, a woman in her 30s, was transported by ambulance to hospital with potentially life-threatening injuries.

The driver of the car, a man in his 70s, remained on scene following the collision. Speed and impairment are not believed to have been factors in the crash.

Anyone who witness the incident is asked to contact the Calgary Police Service at 403-266-1234 or anonymous tips may be submitted to Crime Stoppers.