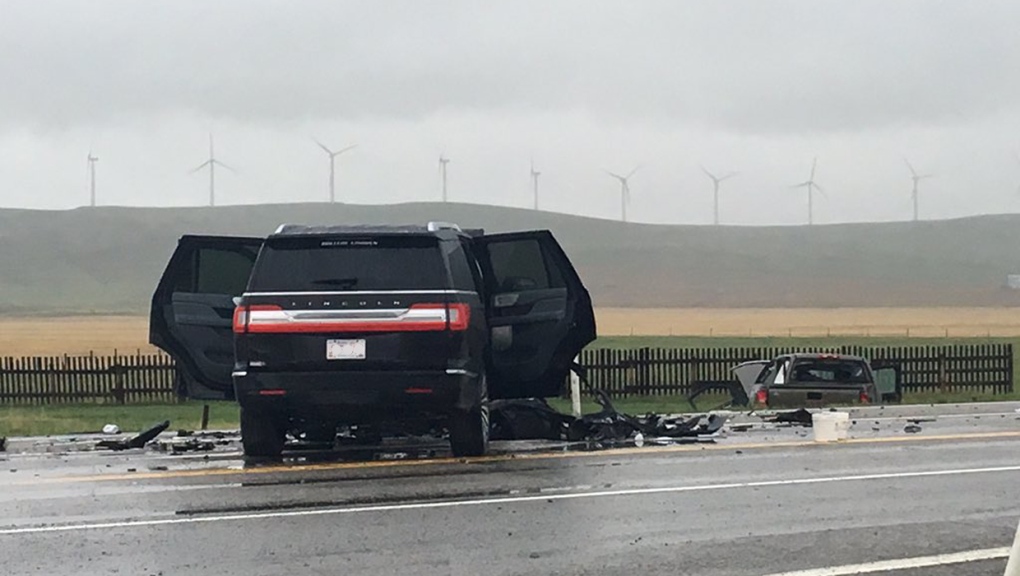 One woman was airlifted to the Foothills Medical Centre in Calgary, and an elderly man was transported by ground ambulance to hospital, following a Friday afternoon collision near the village of Cowley.

Emergency crews were called to the intersection of Highway 3 and Highway 510 shortly before 4 p.m. following a collision involving a one-ton pickup truck and an SUV.

According to Pincher Creek RCMP, the truck had been travelling southbound and the SUV westbound when the vehicles collided in the intersection.

A 48-year-old woman, who had been a passenger in the SUV, was airlifted from the scene by a STARS Air Ambulance crew. The nature of her injuries has not been disclosed but, according to police, are considered serious.

The other five occupants of the SUV were not seriously injured in the crash.

The 75-year-old driver, the lone occupant of the truck, was transported to hospital for treatment of his injuries.

In the hours following the collision, motorists on Highway 3 and Highway 510 was detoured around the crash site through Cowley. The RCMP investigation into the collision is underway.