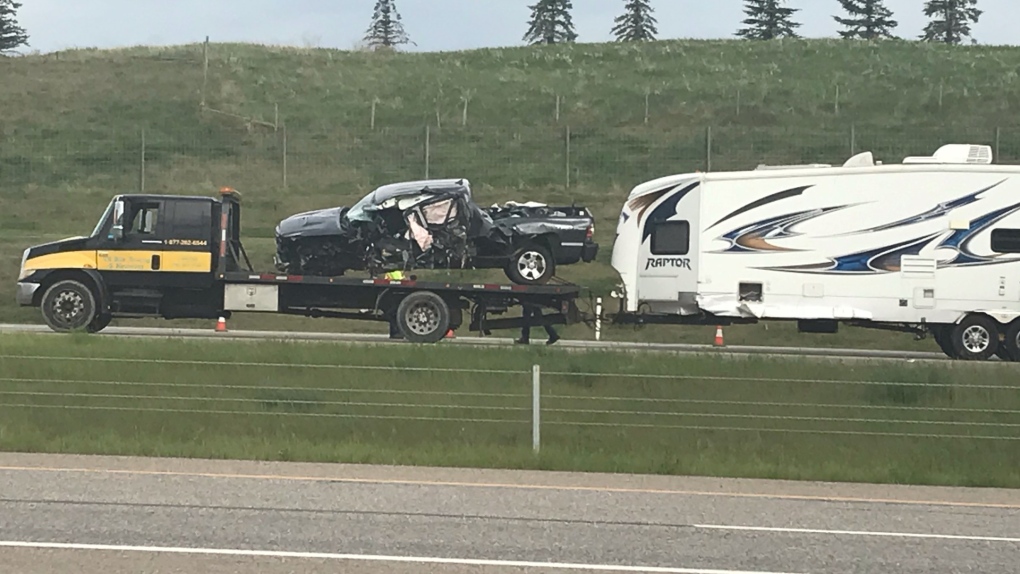 A damaged pickup truck on a flatbed truck following Tuesday morning's crash on Deerfoot Trail near 212 Avenue S.E. that sent one woman to hospital.

CALGARY -- All lanes of Deerfoot Trail have reopened at the Dunbow Road exit following a Tuesday morning crash involving a pickup truck and a commercial vehicle towing a trailer.

Emergency crews responded to a location just south of 212 Avenue Southeast at around 6:20 a.m.

EMS officials confirm the driver of the pickup truck was airlifted by STARS Air Ambulance to the Foothills Medical Centre. At the time of transport, the 28-year-old woman's injuries were considered potentially life-threatening.

The driver of the commercial vehicle was not seriously injured.

The southbound lanes of Deefoot Trail were closed for several hours but reopened to traffic shortly before 9 a.m.