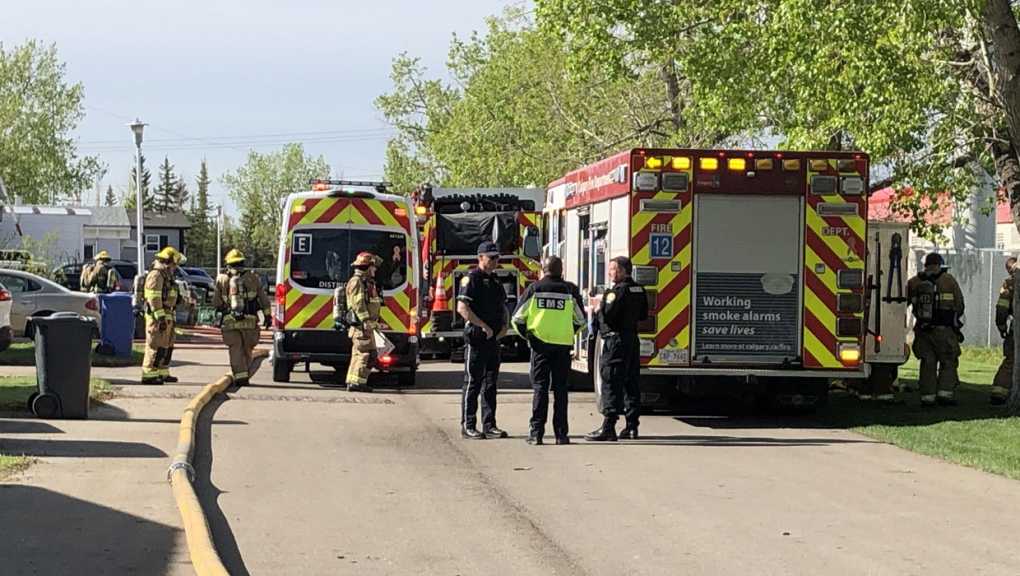 The CFD responded to a house fire in Mountview Mobile Home Park on Thursday morning and say the unit involved had two occupants and a number of pets inside when the blaze broke out.

Fire officials and police are investigating the cause of a blaze in a mobile home park in southeast Calgary that resulted in the death of a senior.

Crews were called to Mountview Mobile Home Park, in the 6700 block of 17th Avenue S.E., at about 8:45 a.m. following reports of a house fire.

Officials say neighbours had called 911 after seeing smoke coming from one of the homes in the community.

The CFD was able to contain the fire, but the unit suffered significant damage as a result.

Two occupants, a man and a woman, along with a number of pets were inside the home at the time.

Calgary police say the woman, who was in her 70s, died at the scene. A pet cat was also found dead.

A dog was found alive and is now in the care of a neighbour.

Police are working to determine if the fire is suspicious in nature while the CFD remains on scene to monitor any hot spots.