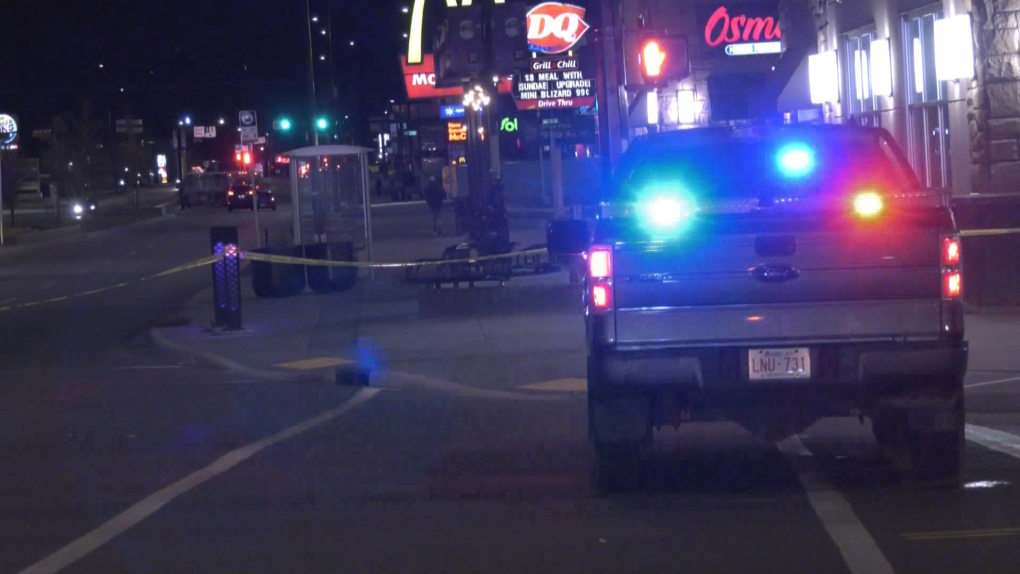 A CPS unit and police tape at the intersection of 17 Ave and 44 St S.E. following an Oct. 27 hit-and-run that critically injured a female pedestrian.The woman died early Saturday morning.

A 27-year-old woman is in critical condition after she was hit by a vehicle while crossing at a southeast intersection Thursday night.

Police confirm the woman suffered severe life-threatening head injuries when she was struck at the intersection of 17th Avenue and 44th Street S.E. at around 8 p.m.

The injured pedestrian was taken by ambulance to the Foothills Medical Centre in critical, life-threatening condition.

The driver who hit the woman fled the scene before emergency crews arrived.

Police are searching for the suspect vehicle, believed to be a dark-coloured sedan that may have front-end damage, that was last seen travelling westbound on 17th Avenue.

Anyone who witnessed the collision is asked to contact the Calgary Police Service at 403-266-1234 or anonymous tips may be submitted to Crime Stoppers.

The original version of this story indicated the woman had died as a result of the hit-and-run. Calgary Police Service officials originally confirmed to CTV News that the victim was dead.

EMS officials originally indicated the victim was 40 years old. She is 27.