Calgary police have identified the young mother killed Thursday in the community of Temple as 23-year-old Jamie Lynn Scheible.

Police say they are treating the death of the Calgary mother as a homicide and say it was a targeted incident.

“We continue to investigate this fatal shooting and the motivation has yet to be determined,” said Staff Sgt. Martin Schiavetta in a news release.

“Our investigators believe this was a targeted incident and do not believe it to be random.”

Officers responded to reports of gunshots in the 300 block of Templeview Drive N.E. at around 7:15 p.m. and found a woman who had been shot. She was unconscious and in medical distress, police said,

Paramedics transported the victim to the Foothills Medical Centre in life-threatening condition but she was later pronounced dead.

'ALWAYS BROUGHT A SMILE TO OUR FACES'

A statement from the victim's family, released by Calgary police on Friday evening, said that they are "devastated by the loss."

"She was the most amazing, loving and kind person who was always helping others. She was beautiful, free-spirited, quirky and funny, and always brought a smile to our faces," the family wrote.

"She is beloved by many friends, and was the best mother, big sister, daughter and granddaughter. We adore her and are overwhelmed with grief."

The family is also asking for privacy as they grieve.

Meanwhile, residents who live nearby the murder scene say this latest incident has them on edge.

"I have kids. It's scary. Very scary. I just fear for my kids' safety. It's a shame," said Abdul Salam Abdul Ghani.

"This has never happened to me with my next-door neighbour. They have had a lot of problems, like domestic disturbances. The cops have been called here many times, but not like this." 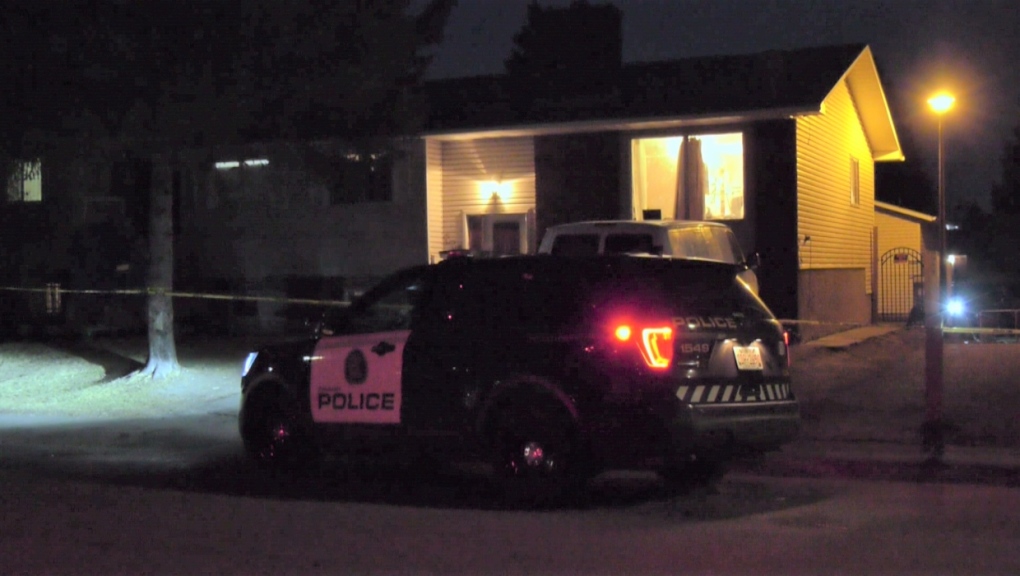 Calgary police investigate a death in the 300 block of Templeview N.E. on Thursday, April 7, 2022.

Anyone with information on the death is asked to contact the police non-emergency number at 403-266-1234 or Crime Stoppers.

Crown counsel is seeking to revoke the prior order that granted bail for Tamara Lich, an organizer of the "Freedom Convoy," and says he will argue for her to be detained.

The annual gathering of the Assembly of First Nations is being held this week in Vancouver under a cloud of criticism from its national chief, who has been suspended and denied entry to the meeting.

At least three sleepaway camps in Quebec have temporarily shut down because of COVID-19 outbreaks, according to the province's camps association (ACQ).

Saving for retirement is becoming out of reach for young Canadians