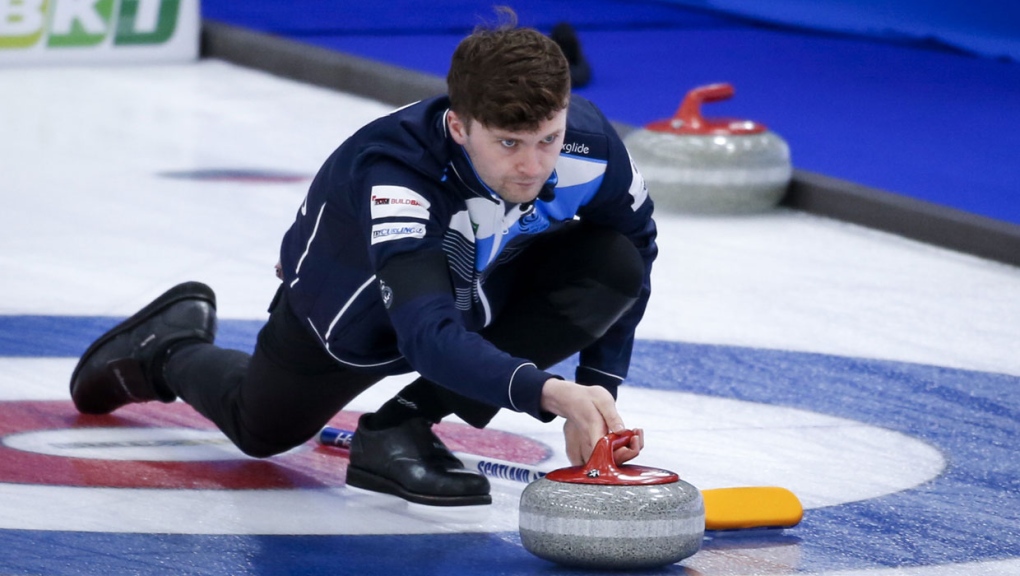 CALGARY -- The men's world curling championship playoffs resumed Sunday in Calgary after a suspension of games due to COVID-19.

Four participants, including three from non-playoff teams, tested positive for the virus, but did not show symptoms of the illness.

An unidentified athlete from a playoff team who tested positive and then negative in a subsequent test was initially barred from competing Sunday, but the WCF reversed course and allowed him on the ice.

“After extensive consultation with Alberta Health the athlete who tested positive, then negative has been granted permission to play in the playoffs today,” the WCF said in a statement. “The athlete in question has been fully vaccinated.

“New medical guidelines have been implemented for the closing day. Players will remain masked when competing and PCR throat-swab tests will take place before and after each game.”

The player who tested positive received two doses of vaccination in his home country before the world championship, the WCF said.

The world governing body of curling also said a case was made to reinstate the athlete with the argument teammates and opponents would be at minimal risk from his participation Sunday.

Switzerland's Peter de Cruz edged John Shuster of the United States 7-6 in a morning playoff game in which all players on the ice wore masks for the first time in Calgary's bubble.

Masks were previously mandatory off the ice.

“My coach told me we were going to play with a mask,” de Cruz said. “I said 'let's make sure it's one where I can actually breathe a little bit in it.'

“Our Swiss masks with the Swiss cheese, a bit tough to sweep with those.”

The Swiss skip put his faith in the governing bodies of the event that it was safe to proceed Sunday.

“In my opinion, and this doesn't really matter, I completely trust the WCF and Curling Canada,” de Cruz said. “If they made the call, then it's definitely safe.

“In this situation, I've had concerns for the last 14 months. If someone tells me we can play then I'm a hundred per cent behind it. If you want to win some games, that's the only way to do it.”

The Swiss faced Sweden and Russia took on Scotland in the afternoon semifinals. Gold and bronze-medal games were scheduled for the same draw in the evening.

Domestic host broadcaster TSN refused to carry Sunday morning's playoff game between the U.S. and Switzerland “due to COVID-19 issues,” but committed to include a semifinal and the final in its programming.

“Following health and safety concerns, the decision was made not to broadcast this morning's qualifying round game between the USA and Switzerland at the world men's curling championship,” TSN told The Canadian Press in a statement.

“The decision was supported by our longstanding partners, Curling Canada and the World Curling Federation, with whom we have collaborated to execute successful tournaments through 57 days in the bubble in Calgary.

“We remain fully supportive of the event, and TSN will deliver live coverage of today's semifinal and final games, from the concourse level.”

Saturday's playoff game and a pair of semifinals were postponed while more testing was conducted.

Athletes, coaches and event officials considered close contacts with the infected athletes tested negative, according to the WCF.

The men's world championship is the fourth Curling Canada event held in a controlled environment without spectators following the national men's, women's and mixed doubles championship.

That player subsequently tested negative for the virus in the retesting round.

This report by The Canadian Press was first published April 11, 2021.