New details are emerging around alleged abuse by Calgary teacher Michael Gregory as 20 more former students filed court documents this week saying he used his position of power to mentally torment and sexually abuse them.

The filings are part of a proposed $40-million class action lawsuit.

Former students allege the Grade 9 teacher would wait until young girls in his class turned 14 years old, and then repeatedly sexually pursue some of his most vulnerable targets.

Several sworn statements from male and female students also say Gregory claimed he was diagnosed with prostate cancer and showed them what appeared to be a doctor’s note prescribing orgasms as treatment.

Gregory worked as a math, science, and physical education teacher for 20 years at John Ware Junior High in Calgary until he lost his job and his license was revoked in 2006 by the Alberta Teachers’ Association (ATA) after it ruled he had participated in “dangerous, demeaning and disrespectful acts with his students.”

At that time, he admitted he had “abused” children mentally and physically and pleaded guilty to misconduct.

In February 2021, Gregory committed suicide five days after he was charged with 17 sexual offences against former students.

Dozens of students have come forward to report alleged abuses to police and lawyers connected to the lawsuit against Gregory’s estate and the Calgary Board of Education (CBE).

Lawyers Jonathan Denis and Mathew Farrell first filed a claim against Gregory in November 2021 where three plaintiffs were named.

Farrell couldn’t give an exact number of plaintiffs that have since come forward but estimates it is "more than two dozen."

He says that the addition of several more plaintiffs this week will speak volumes to the guilt of Gregory in court.

“We are seeing a lot of people who are frustrated with the CBE refusal to take responsibility and more and more people who are feeling compelled to step forward and share their stories,” Farrell said.

“It’s important to reach out to deal with these issues because these sorts of things have happened and are still happening and it takes a lot of people to stand up and acknowledge that it's wrong in order for us to make a change.”

A procedural hearing is now scheduled for Friday to set a schedule for how to move forward with the class-action lawsuit, evidence briefings, and arguments over factual allegations.

Several sworn affidavits have since been sent to CTV News and while there are no publication bans on the names of students, alleged victims have requested anonymity.

I THOUGHT WE WERE IN LOVE'

Alisha Riley attended John Ware Junior High from 1999 to 2001, describing her post-traumatic stress and aftermath of her abuse at the school as "the worst part of my life."

Riley told CTV News that she lost her virginity in Grade 8, which was well known at the school. It was then, she says, that Gregory began to take an interest in her.

“He started making passes at me, touching my hair and telling me how beautiful I looked and then he would ask to see me after class, that’s where the grooming process really began,” Riley said.

“He picked me up and dropped me off all the time from school. Then it started getting, like I had a crush on him. I thought we were in love.” 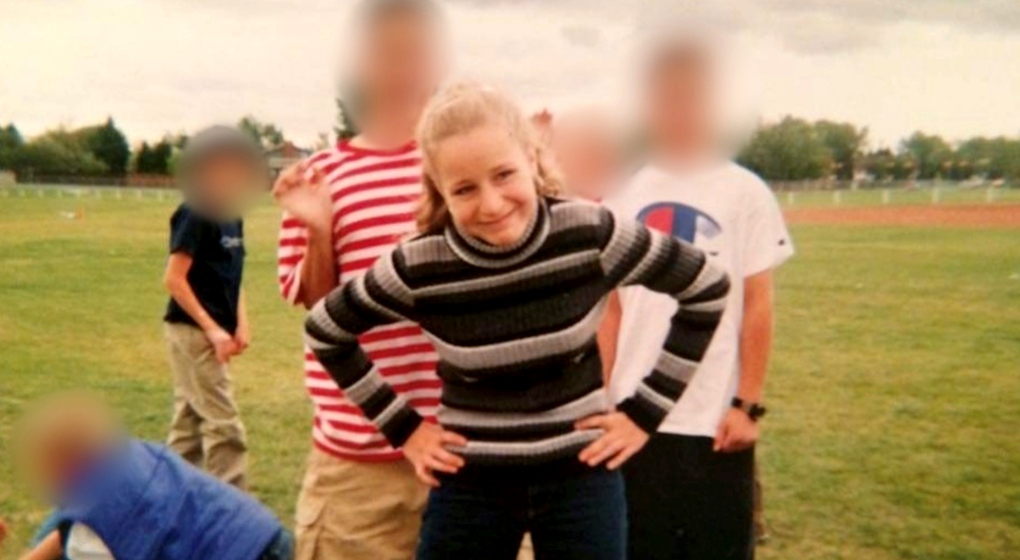 Alisha Riley when she was a student at John Ware Junior High School in Calgary. Riley is one of several students to file statements alleging abuse by former teacher Michael Gregory as part of a $40-million class action lawsuit against his estate and the CBE. (Courtesy Alisha Riley)

“I would roll up every single morning, I’d go out to his farm and we'd have sex out there. He would show me medical papers that if he didn't 'get off' that he would die," she said.

“Other times at school he would call me up to the front of the class and he would secretly be touching me behind his desk.”

Riley adds that this experience forced her into a life of drug addiction, jail time, and unhealthy relationships which prevented her from graduating from high school.

“I just pray that girls share this story, reach out and tell their parents, notice the signs if it’s happening to you, get help and report it," she said.

'I HAD LOST ALL OF MY FRIENDS'

Hans Dunn attended John Ware Junior High from 1996 to 1998, when Gregory was his outdoor education teacher.

Dunn notes in his affidavit that he was constantly ridiculed and punished by Gregory on several occasions.

In one instance, Dunn says he was on a canoe trip on the Bow River when he and his friends had beached their water crafts and began playing a game.

“My friends and I were playing the kind of game young teenagers do – we were throwing duck excrement at each other," he said. "Unfortunately for me, one of my throws landed in Gregory’s canoe.” 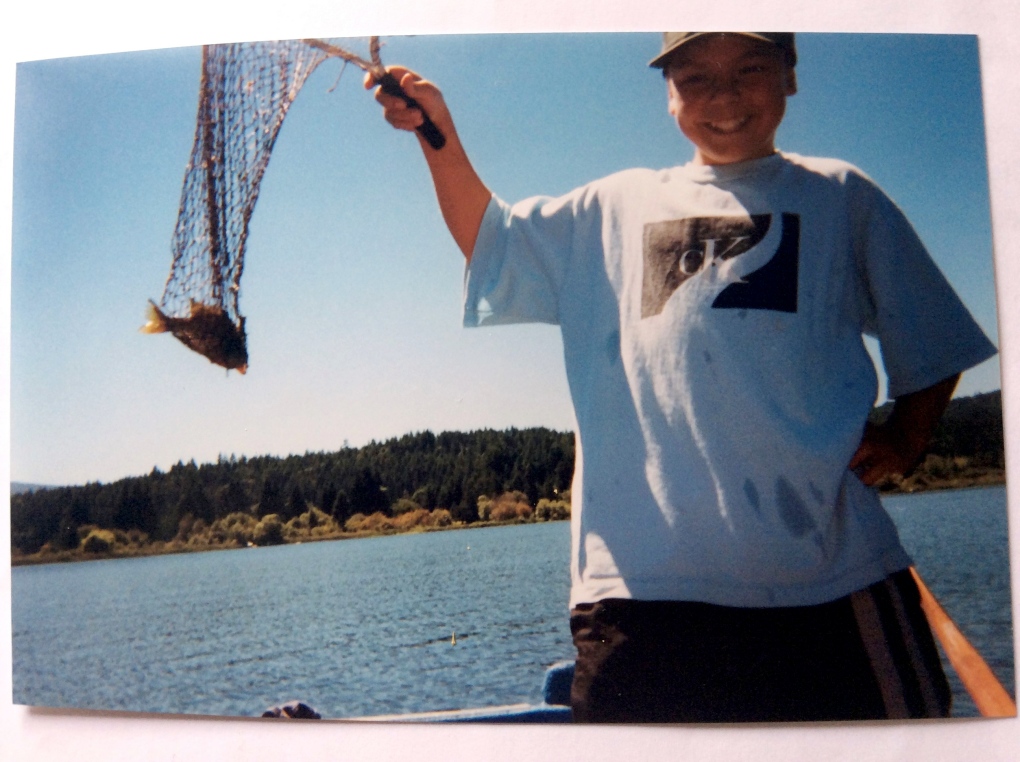 Hans Dunn when he was a student at John Ware Junior High School in Calgary. Dunn is one of several students to file statements alleging abuse by former teacher Michael Gregory as part of a $40-million class action lawsuit against his estate and the CBE. (Courtesy Hans Dunn)

Dunn said his teacher took great umbrage with the incident.

“Gregory rushed over to me, picked me up bodily, and carried me over to a pile of cow manure. He then rubbed my face in it," he said.

“When I got home, I told my parents, and they complained to the school. The school did nothing, and so they filed a complaint with the police. The police took no action, but Gregory did. In short order, I had lost all of my friends and was ostracized. I was miserable.”

Dunn’s parents eventually pulled him from John Ware School and placed him in the Catholic education system, where he stayed until graduation.

“Even still, the stigma of my experiences at John Ware followed me, and it was years before I could even talk about the experiences," he said.

STUDENTS ALLEGE THEY WERE TOLD TO REMOVE CLOTHING

Another affidavit from an alleged victim referred to by the initials KG said Gregory aggressively started pursuing her in Grade 8, at which point the situation progressed.

She says Gregory dumped a pail of water on her in front of classmates which plastered her shirt to her body.

“He then brought me to a storage closet where he kept some school branded clothing. He told me to strip down and change into dry clothes,” KG said.

“He began to turn around then stopped, and simply watched me strip off my shirt exposing my naked breasts. As a 'reward,' I got to keep the school clothing.”

KG noted Gregory would soon regularly engage in sexual acts with her after school hours and pressure her into sexual activities, telling her that he was "dying of cancer" and that "his wife was leaving him."

KG also described situations in which Gregory would bring her to his house and allegedly drug her.

“I believe he gave me a sedative of some kind because when I arrived at his house, I would fall asleep on the couch. I remember on one occasion waking up with no clothes on and him on top of me,” she said.

“I suffer from diagnosed depression and anxiety, and I am under the care of a psychologist. I have spent years of my life grieving my loss of innocence.”

One alleged victim, who will be referred to by the initials CR, says Gregory would often make sexual comments about her body.

She said Gregory would encourage classmates to play the "pencil game" at lunch, whereby female students were told to place pencils underneath their breasts to see how many of them would stay there.

“It was a frequent occurrence for (Gregory) to dare females to do sexual acts by saying 'you’re not going to do it,'” said CR.

CR added she would also accompany Gregory on a number of unsanctioned outings, encouraging students to join him with what would appear to be school permission forms.

“I was on a canoe trip, when Gregory convinced a Grade 9 girl to take off her clothing, exposing her breasts, and lie down in his canoe so others could not see,” said CW.

“On another excursion, which was an outdoor education trip with at least one other teacher present, I saw Gregory enter, and spend the night in, the tent of one of my 14 to 15-year-old classmates. This spawned a widespread rumor that the two of them had sex, which I now know to be true."

One man is dead after being shot by police near an elementary school on Thursday afternoon, Toronto police said, prompting hundreds of children at nearby schools to go into lockdown.

The 18-year-old gunman who killed 21 people at a Texas elementary school walked in unimpeded through an apparently unlocked door, a law enforcement official said Thursday. The gunman was apparently inside the building for at least three-quarters of an hour before U.S. Border Patrol agents stormed a classroom and killed him.

Ray Liotta, the actor known for his roles in 'Field of Dreams' and the Martin Scorcese mob classic 'Goodfellas,' has died.

Health experts say that the monkeypox virus isn’t likely to have a similar impact to SARS-CoV-2, mainly because it isn’t a new virus and doesn’t spread the same way.