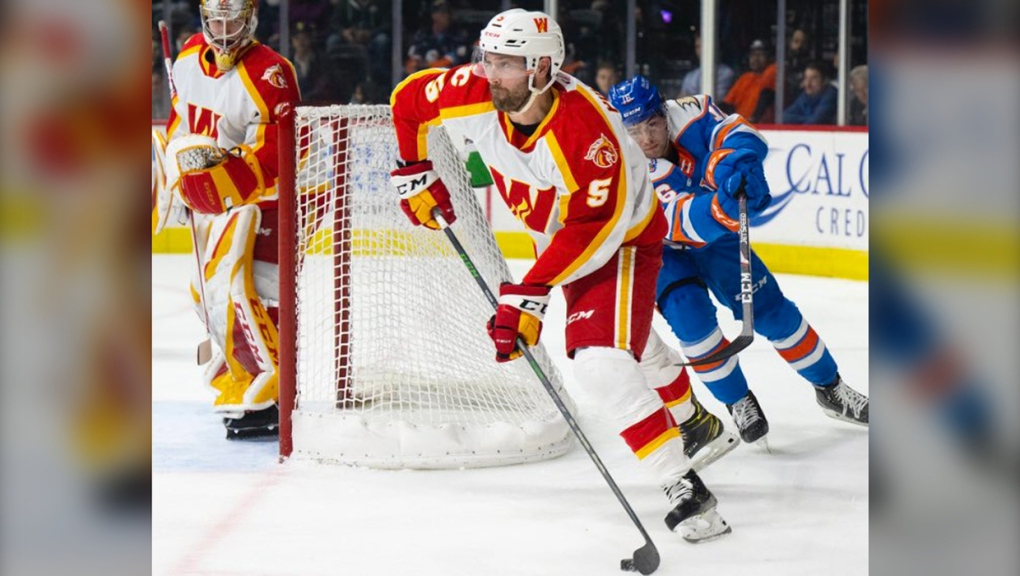 Dustin Wolf recorded his second shutout of the season and Matthew Phillips regained the AHL lead in goals scored as the Calgary Wranglers defeated the San Diego Gulls 6-0 Saturday night in southern California.

Clark Bishop added a pair and Coltan Poolman, Radim Zohorna and Nick DeSimone joined AHL Player of the Month Phillips on the scoresheet for the red-hot Wranglers.

The goals were Bishop's first and second of the season, both coming on feeds from Alex Gallant.

The Wranglers played a complete game against the Gulls on Saturday night picking up their fourth win in a row.https://t.co/flL9FCO9al

The Wranglers were airtight on defence in the third period, limiting San Diego to one shot on goal. Wolf stopped 17 shots for the shutout win.

The Gulls and Wranglers resume their rivalry next Friday in Calgary, when they meet at the Saddledome.