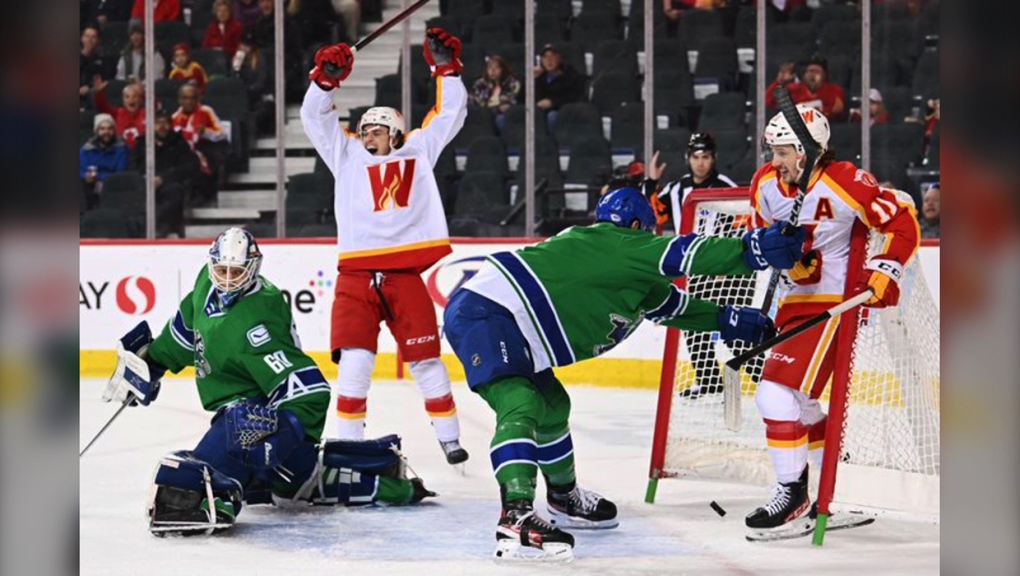 The Calgary Wranglers enjoyed a happy return to the Saddledome Friday afternoon, defeating the Abbotsford Canucks 5-1 in a matinee match.

Matthew Phillips and Walker Duehr each scored a pair of goals with Jakob Pelletier completing the scoring for the Wranglers.

Backup goaltender Oscar Dansk stopped 28 of 29 shots, picking up his first win of the season. Dansk was also named the game's second star.

The Wranglers and Canucks play a rematch Sunday at 1 p.m. at the Saddledome.