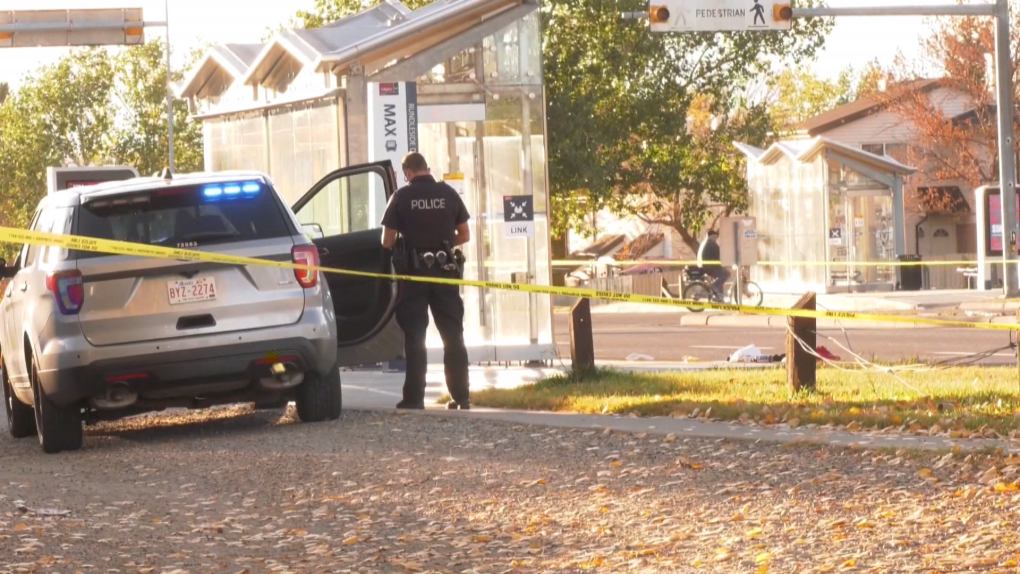 A CPS member stands next to a bus shelter near the intersection of 32nd Avenue and Rundleside Dr. N.E. on Sept. 30 during the investigation into a shooting.
CALGARY -

A minor has been charged in connection with a September shooting in Rundle that left one man suffering from a gunshot wound to his leg.

According to police, a man was standing at a bus stop at the intersection of 32nd Avenue and Rundleside Drive N.E. on the afternoon of Sept. 30 when he was approached by two males.

A conversation occurred that escalated with one of the males pulling a gun and shooting the man in the leg.

The gunshot victim was transported to hospital in non-life-threatening condition.

A youth was identified as a suspect in the shooting and subsequently charged. He cannot be named under the Youth Criminal Justice Act.

The minor has been charged with:

CPS officials confirm the investigation into the incident is ongoing.