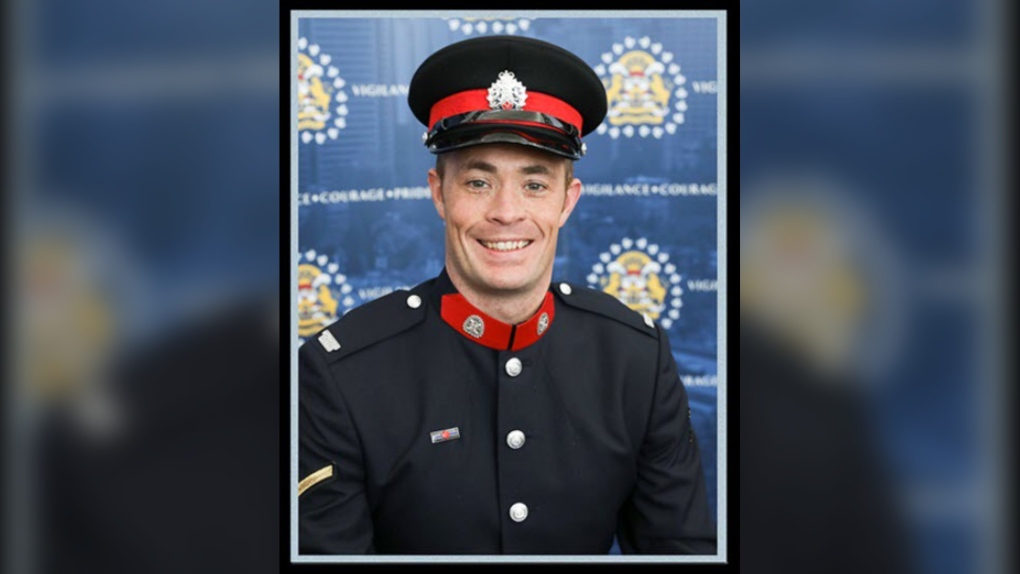 CALGARY -- A judge has given a young man accused of killing a Calgary police officer in a hit-and-run another two weeks to retain a lawyer for a trial.

The 18-year-old, who was 17 when he was charged, can't be named under the Youth Criminal Justice Act.

He is charged with first-degree murder in the New Year's Eve death of Sgt. Andrew Harnett, who had tried to pull over an SUV because its plates didn't match its registration.

Police have said Harnett was dragged by the SUV before he was hit by another vehicle.

The accused was allegedly driving the SUV.

A lawyer has told court that he is waiting for the man to raise the necessary money to retain his services.

The accused is to be back in court April 12.

A co-accused in the case, who was allegedly a passenger is the SUV, also faces a charge of first-degree murder.