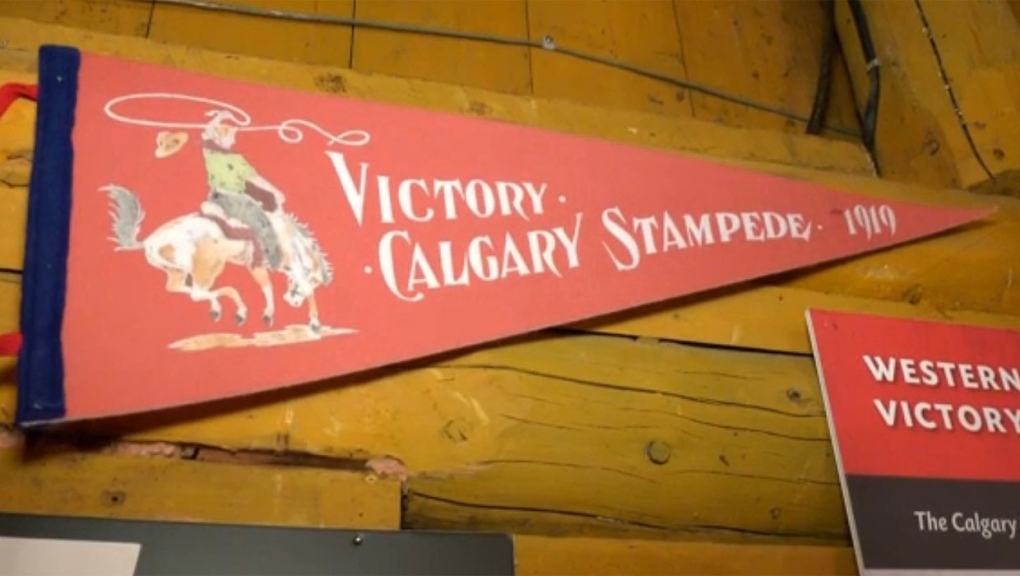 The Calgary Stampede, after a successful event in 1912, didn't happen again until after the First World War.

The Calgary Stampede is marking a significant anniversary, highlighted in the parade and on the grounds.

It's been 100 years since the Victory Stampede, which was the second Stampede ever held.

The first was in 1912. The 1919 edition was held in honour of First World War veterans who had just returned home to Calgary.

"The Victory Stampede was all about creating community spirit after the Great War in the summer of 1919," says Christine Leppard, the Stampede's historical specialist.

"Calgary was suffering. 35 per cent of military-aged men in Alberta went to war. Of those, 6,000 didn't come home."

To mark the anniversary, the Stampede Parade Committee decided to have a special entry at the end of the parade called 'Unsung Heroes,' featuring several veterans.

The committee says the entry recognizes the sacrifices made during all wars Canada has been involved in.

Stampede-goers can also take a step back in time on the grounds.

A cabin in Weadickville is full of artifacts and images from the 1919 Victory Stampede.

"You will experience the sights and sounds of 1919 and the story of why it was important to our history," says Leppard. "There was no Instagram in 1919, so you can come in here and test our telegraph and candlestick telephone."

Times were hard in Calgary in 1919, according to Leppard. Returning soldiers suffered from "battle exhaustion," or PTSD, as it is known now. There was a recession, and crops were bad. 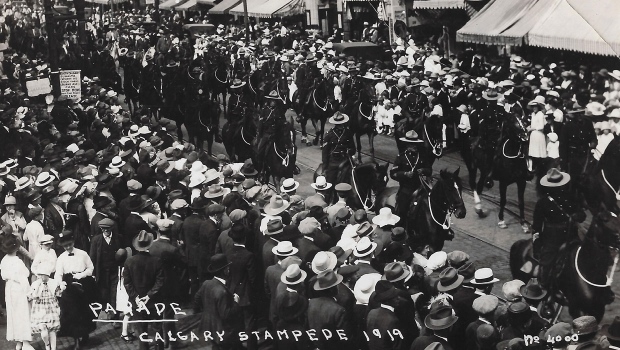 Ernie Richardson, the manager of the Calgary Exhibition, was the person who got the ball rolling in 1919 to lift spirits, says Leppard.

He went to the Big Four, the ranchers who backed the 1912 Stampede, and they decided a rodeo and parade was what the city needed.

They rounded up Guy Weadick, the force behind the 1912 event, who had been organizing rodeos in the U.S.

"He did what he did best," says Leppard. "He brought the best cowboys from all over North America to Calgary to compete in the rodeo. He made some really significant changes. He made the rodeo more professional, safer for the animals and a better show for Calgarians."

The main improvement was introducing chutes for the animals. Before that, cowboys just mounted their animals in the field.

There was also a defined infield for the first time, creating better viewing for spectators.

Weadick also ensured Indigenous peoples set up the Elbow River Camp, as they had in 1912.

"He invited First Nations again. That was challenging in 1919 because some changes to the Indian Act in 1914 made it harder for them to come," says Leppard. "But he worked behind the scenes with community members." 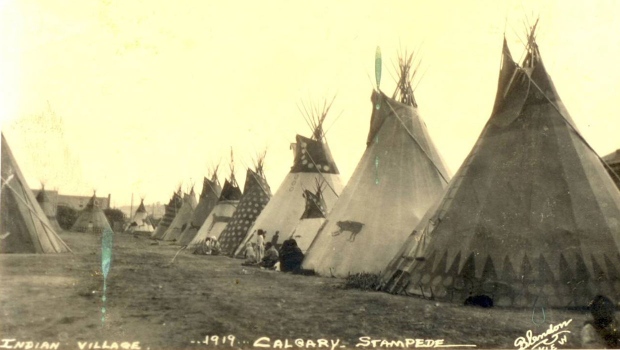 "This was really important to many of them, because their cultural practices were restricted on reserves. The government had a policy of assimilation, of cultural genocide, so the Stampede was a place where they could come and dance and celebrate together with their traditional regalia and teach their youth."

Patriotism was also front and centre.

"There was a full week devoted to the Stampede in the Calgary Daily Herald and it was all stories about the cowboys who had fought on the Western Front," says Leppard.

One story told the tale of Tom Bell, who fought in France with the army's Lord Strathcona's Horse regiment.

"He was shot in the left shoulder," says Leppard. "The following summer his doctors were reporting that if he lifted his arms over his head he was feeling a drowning sensation. The following year, exactly one year later, he was competing in the saddle bronc competition at the Calgary Stampede."

The 1919 Victory Stampede created a legacy that resonates a century later, says Leppard.

"The theme of community spirit is still incredibly important to the Stampede."