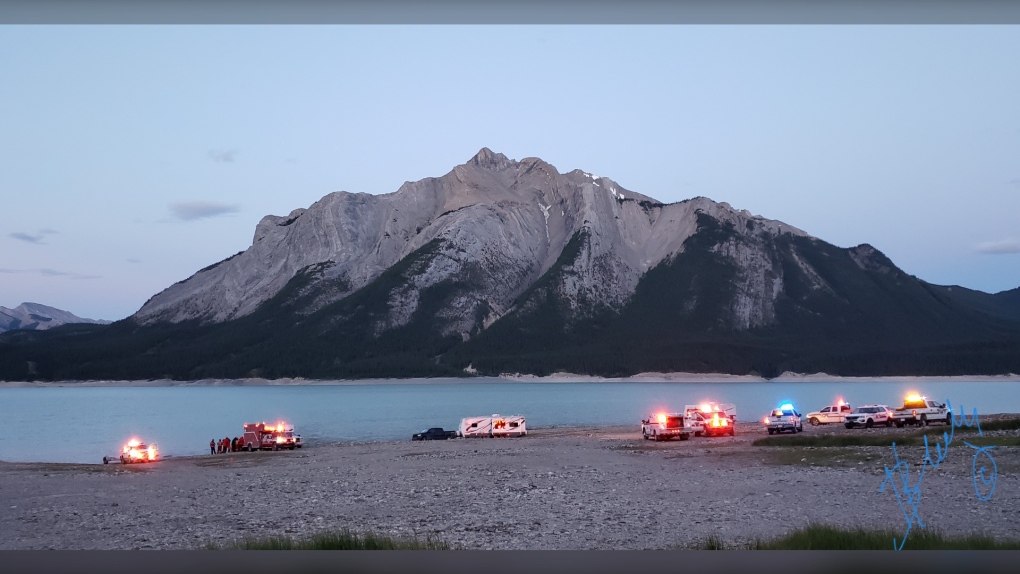 Emergency vehicles including a rescue boat on the shore of Abraham Lake following the rescue of three people on July 5, 2020 (Photo courtesy: Hedley Blake)

CALGARY -- A man, a woman and a child were pulled from a central Alberta lake and transported to hospital Sunday night after their canoe capsized.

Emergency crews were called to Abraham Lake — approximately 130 kilometres southwest of Rocky Mountain House — shortly after 8 p.m. after someone witnessed three people stranded in the water.

With poor cell service in the area, the witness had to lose sight of the canoeists and relocate in order to make the call of 911.

Rocky Mountain Search and Rescue, Clearwater Regional Fire, RCMP and EMS arrived and the three canoeists were rescued from the water. The three were transported to hospital by ambulance. Their conditions have not been confirmed.

According to Clearwater Fire officials, the man, woman and youth — ages not confirmed — were in the water for roughly 90 minutes and all three were wearing life jackets.