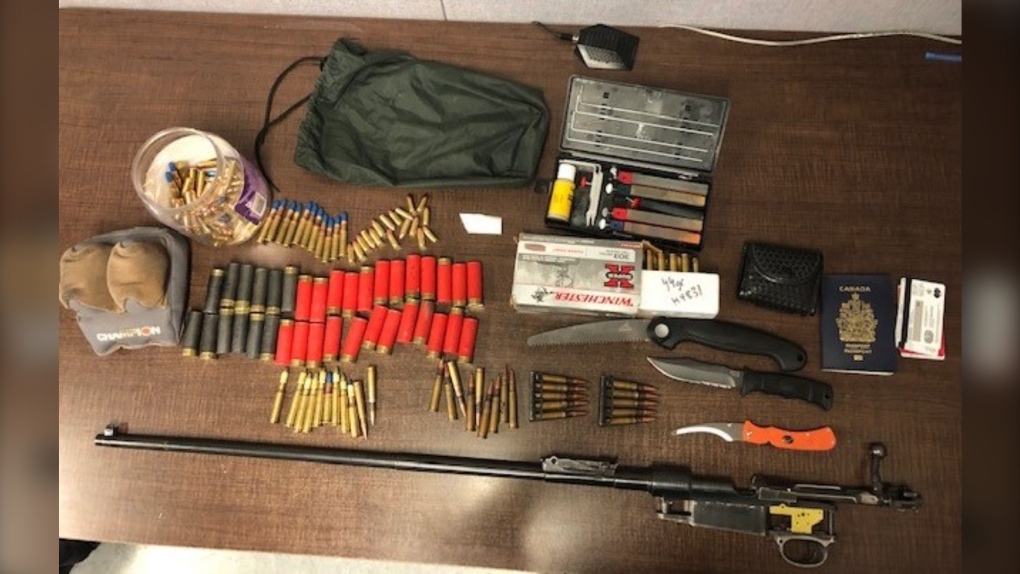 CALGARY -- Two people were arrested and multiple rounds of ammunition were seized after an investigation into property crimes in the Sundre area.

On Feb. 15, investigators with the Southern Alberta Crime Reduction Unit located and arrested Kirk Arthur Clark and Dana Lucille Patterson, both of whom were wanted on outstanding warrants.

A search of the vehicle lead to the seizure of a long rifle, multiple rounds of ammunition, and several pieces of identification including a Canadian passport.

Clark, who had an outstanding warrant for breaching release conditions, was handed additional charges of possessing a weapon contrary to a court order and driving a motor vehicle while prohibited.

Investigators also charged Clark in connection to an investigation regarding a vehicle theft and attempted catalytic converter theft which happened the day prior.

Some of the rifle ammunition seized has a distinct blue tip and investigators are asking the owner, or anyone with information about the owner, to contact Sgt. Gary Maclaren with the Southern Alberta Crime Reduction Unit at 403-704-6283.

Clark remains in custody and is scheduled to appear in Okotoks provincial court on Friday.

Patterson, who had an outstanding warrant for possession of break and enter tools at the time of arrest, was released from custody and is expected to appear in Didsbury provincial court on Mar. 22.