CALGARY -- Police are seeking public assistance after an incident that left two men dead and a third in hospital with life-threatening injuries following a shooting in northwest Calgary late Friday.

Police and EMS were called to an area near Sandarac Place N.W. around 8:30 p.m. for reports of gunfire and people being injured.

“(The driver) was probably doing 100 miles an hour down the hill,” Patrick Uijterlinde said. “Then I heard a really loud honk — like constantly — then an engine rev, and then the biggest bang I could hear.”

“It shook my whole house.”

Anne Delarosa, who lives across the street from the crime scene, also said she witnessed the crash.

“We just peeked out the window and saw the front of the car hitting the tree,” Delarosa said.

When paramedics arrived, they found two men dead inside a vehicle and a third man seriously injured outside. He was rushed to hospital in life-threatening condition. 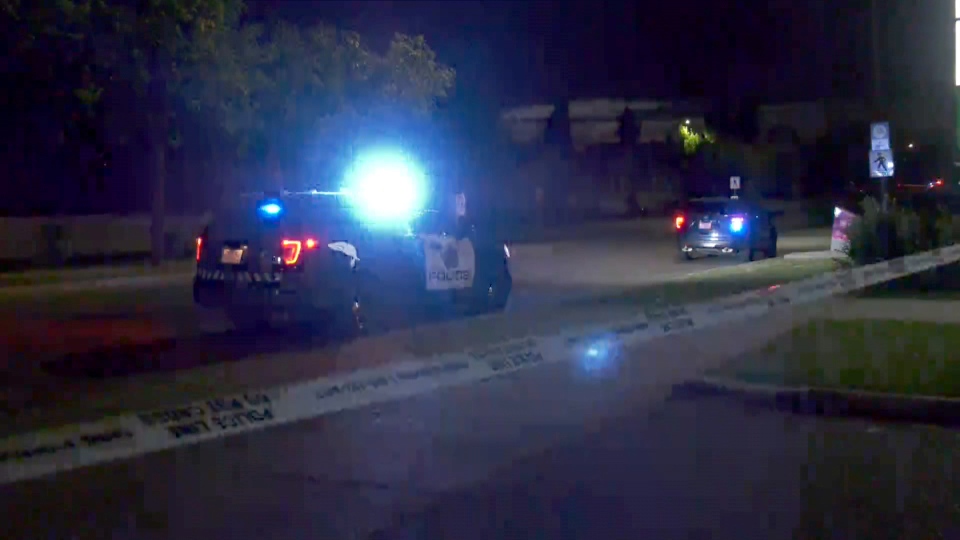 All three men are believed to be in their 20s and suffered "injuries consistent with a firearm," according to EMS.

The vehicle the men were found in had also been involved in a crash.

"There are no suspects in custody at this time. It is believed this was a targeted attack," police said in a release.

Police released photos of a vehicle they believe was used by the suspects. They believe it's a black Infiniti two-door coupe, with a white sticker across the top of the rear window.