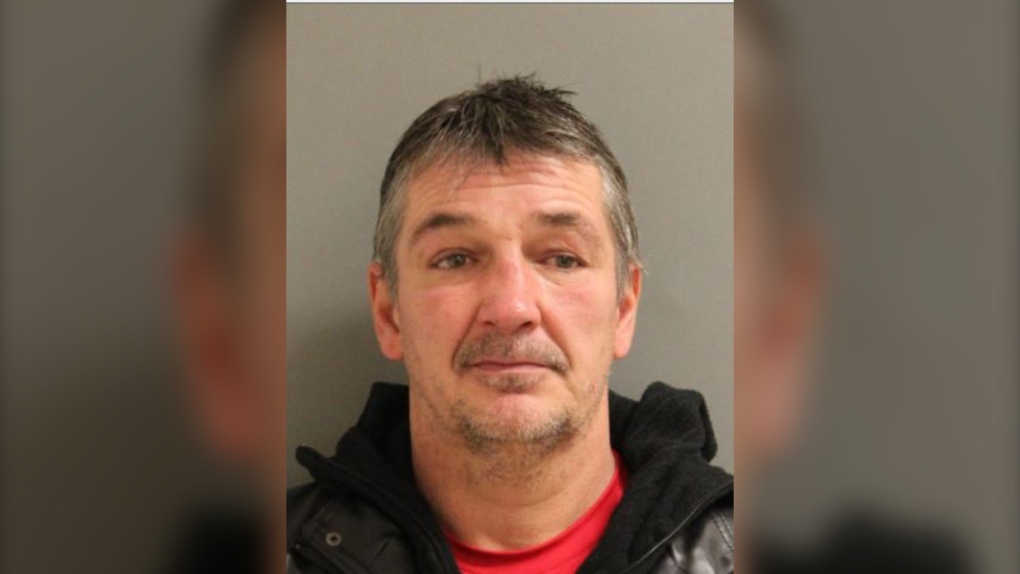 RCMP are looking for Lamontagne who has a warrant issued for his arrest. (Supplied by RCMP)

Sylvan Lake RCMP say the incident happened in the early morning on Nov. 24, 2020 and investigators believe the large amount of damage done to the exterior of the post office resulted from a semi-truck being driven into building.

Later that evening, a stolen semi-truck was spotted in Drayton Valley, about 160 kilometres northwest of Red Deer, and two males in the vehicle were arrested.

The two men were released, then following an intelligence sharing, RCMP were able to connect the vehicle and the males to the Bentley post office incident.

Michael Wayne Lamontagne, 51, from Red Deer, is charged with mischief and four counts of failing to comply with a release order.

Smyth remains in custody on other matters and is next scheduled to appear in court in Red Deer on Jan. 27.

RCMP say Lamontagne has not been located and a warrant has been issued for his arrest.