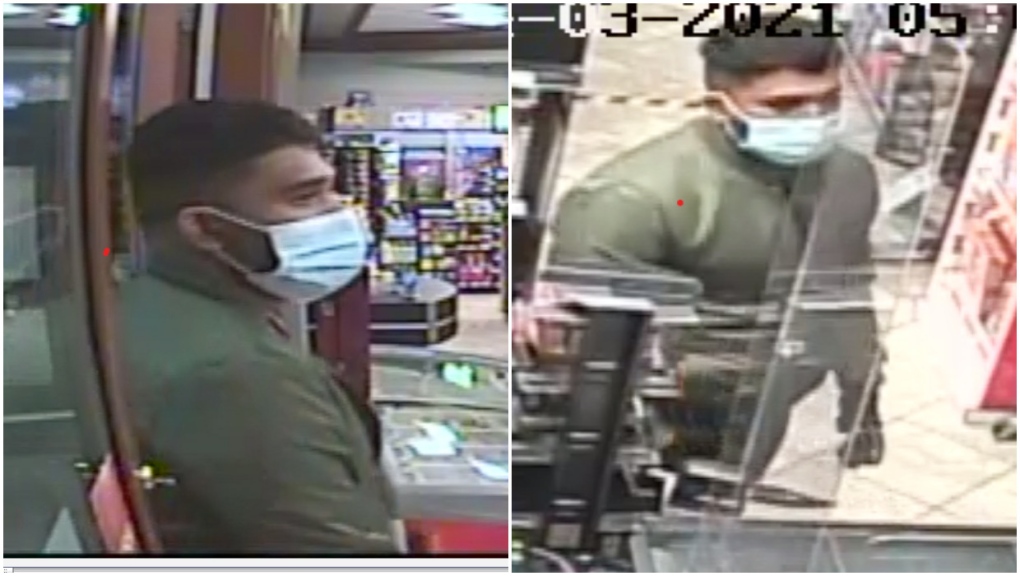 One of two suspects police are searching for connected to a string of convenience store robberies in Calgary. (Calgary police handout)

CALGARY -- Calgary police are searching for two people believed responsible for a string of convenience store robberies in late March and early April.

Police say nine stores were robbed between March 29 and April 3, including eight in the city and one in the nearby community of Airdrie.

Each time, one person went into the store, produced a weapon and demanded cash.

"Investigators reviewed CCTV footage from the robberies and, although only one suspect enters the stores, we believe that two individuals may be working together and are responsible for the robbery series," read a release.

He was wearing a green or brown jacket, jeans and a black face covering.

The suspects may be driving a white sedan.