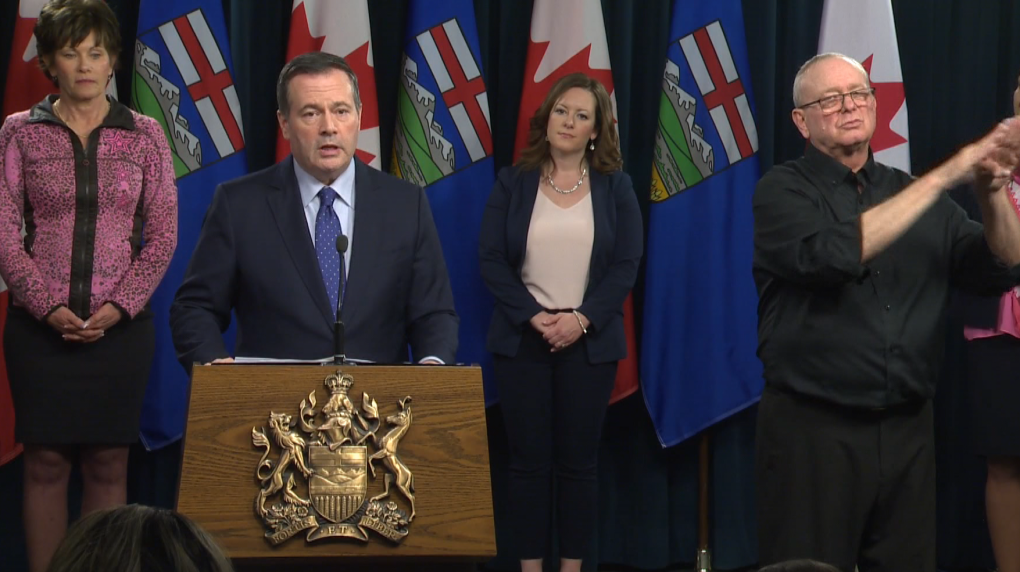 CALGARY -- Unemployment in Alberta could hit 25 per cent in the wake of the COVID-19 pandemic and ensuing financial fallout, Premier Jason Kenney warned ahead of his live provincial address set for 6 p.m. Tuesday.

"The shutdown of much of our economy is having a devastating impact," he told an online energy conference. "Based on some polling we’ve done and some analysis, I fully expect unemployment in Alberta to be at least 25 per cent, at least 500,000 Albertans, and it could be significantly higher than that at this stage alone.

"Of course, that's before even fully accounting for the impacts in the crash in energy prices, so this will be the most challenging period in our economy in relative terms since the Great Depression, there's no doubt about it."

Despite the dour outlook, Kenney said Alberta is well positioned to deal with COVID-19.

"It will of course get worse before it gets better but we are confident that having increased the maximum capacity of our hospital ICUs and health system to cope, that we'll be able to get through the peak, which we anticipate to be several weeks from now," he said.

"We have adequate supplies in stock, so we think we're reasonably well positioned to survive the public health storm, albeit with tragic loss of life."

Kenney said he has also been speaking with officials in Ottawa, impressing the massive need for support for the oil and gas industry.

"I have underscored repeatedly that this country cannot allow our largest industry sub-sector to fail or to be permanently impaired," he said. "The oil and gas sector, the largest export sector of Canada which is responsible for the employment of 800,000 Canadians ... we simply cannot afford to lose that sector, and I think that registers."

As of Monday afternoon, there are 1,348 confirmed cases of COVID-19 in Alberta and there have been 23 deaths attributed to it.