CALGARY -- In 1992, Christopher Spronk was given a gold ring by his mother for Christmas, who was sick at the time.

She took all the gold she had worn as jewelry in her life and melted it down, to have two rings created, one for Chris and one for his brother.

A couple months later she passed away.

In the summer of 1995, Spronk was playing football at Sikome Lake and lost the ring in the water.

He felt he would never get it back.

He didn't, for 25 years - and then, in stepped Kevin Niefer, who scans public areas with his metal detector. 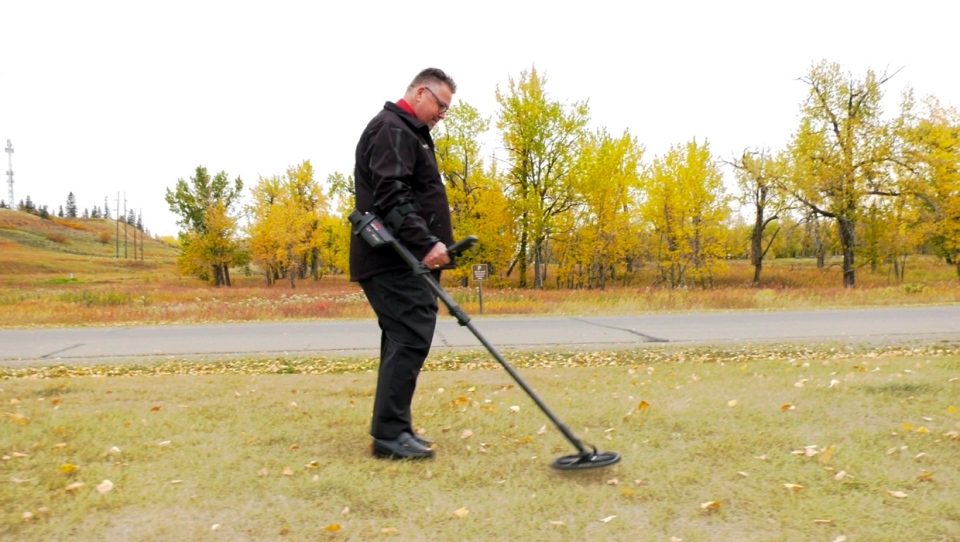 He’s been doing this for more than three decades, turning up the occasional lost treasure, but more often than not junk, including bottle caps, coins and then one day, back in 1995, Spronk's missing ring.

When he came across it, it had extra resonance for Niefer.

“(I) can remember when I found the ring, picked it up - and it was a signature ring,” said Niefer.

“I look in the inside cleaning it out, to see what kind of carat it is sort of thing - and (instead),  it says ‘Chris love mom.’”

It took 25 years, but Spronk got his ring back.

After a post on social media, Spronk saw the ring, and Niefer reached out.

“When I first saw the picture of the ring, I lost it,” said Spronk.

Spronk met with Niefer to re-connect with his lost treasure.

“It was something that was so dear to me and all of a sudden it's back,” he said.

“Me meeting Kevin and just this story is just so much more than the ring.

“Words can’t explain, really, what I do feel,” said Spronk.

Niefer says many collectors either melt down rings into gold, or even pawn them off.

He says there was just something about this particular ring, that he hung on to it after all those years.

“One of the best feelings you can have is just giving back,” said Niefer.

The pair who did not know each other last week, can now share a lifetime of memories - from one object spanning decades.

“There is so much good in the world and this just proves it,” said Spronk.

Spronk says he does not plan on losing the ring again.

“Maybe I’ll wear it more, on special occasions,” he said.

“I’ll probably wear it for a few days now, reconnect with it (and) get more comfortable with it.”