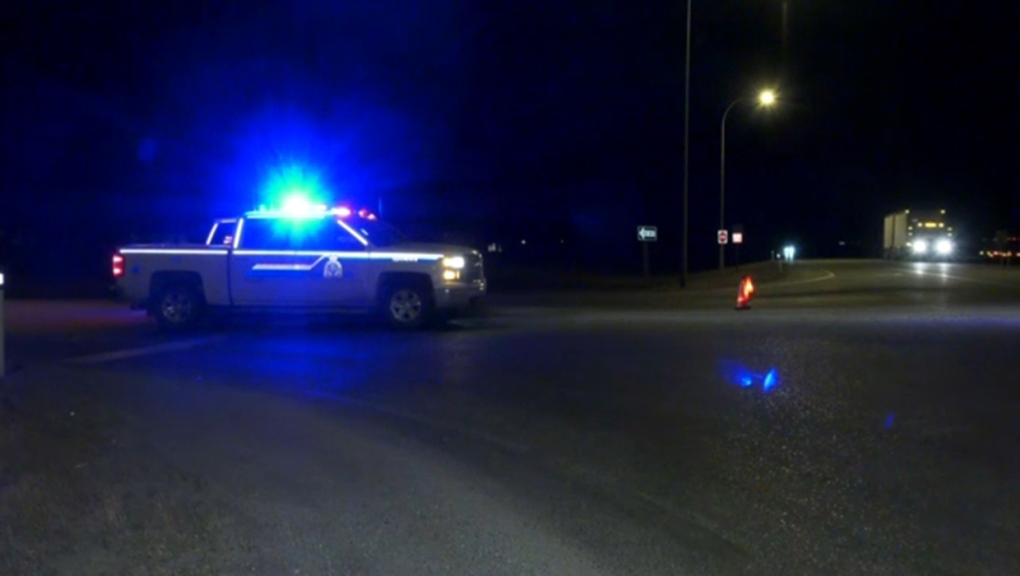 Charges are pending against two men after they barricaded themselves inside a home in Granum, Alta. on March 16 during a police response.

CALGARY -- A police response in the hamlet of Granum in southern Alberta resulted in the surrender of one woman and the arrest of two men who had barricaded themselves inside a home.

Members of the Lethbridge Police Service and Blood Tribe Police responded to a home shortly after 2 p.m.Tuesday in the community near the intersection of Highway 2 and Highway 519 to execute an arrest warrant in connection with recent vehicle thefts and break-and-enters in southern Alberta.

A woman exited the home and was arrested by officers. She was subsequently released.

Police determined two men had barricaded themselves in the residence and investigators believed that they were possibly armed.

ERT members entered the home and arrested the two suspects, including the subject of the arrest warrant, without incident shortly before 10 p.m. Police have since determined the other man had an outstanding warrant.

A weapon was not located and no injuries were reported. Charges are pending against the suspects.

Traffic was detoured around the area during the response but Highway 519 has reopened.