CALGARY -- A Calgary business owner says a Tuesday burglary at his convenience store was the most puzzling moment of his year.

At least, it was - until it happened again two nights later.

“It was a shock for me,” Ansar Ranjah said. “I was not expecting it.”

A Plus 1 in Oakridge was the site of two vehicle smash-and-grabs this week, and they were both captured on crystal clear video.

The first took place around 1 a.m. on Tuesday morning. In the video, a vehicle parks outside of the store, and the driver is seen exiting his car. The person tries the convenience store door multiple times, and then exits the screen.

Elijah Otakie, who installed the cameras for Logitactic Canada, says the person then went around the building to try the back door. 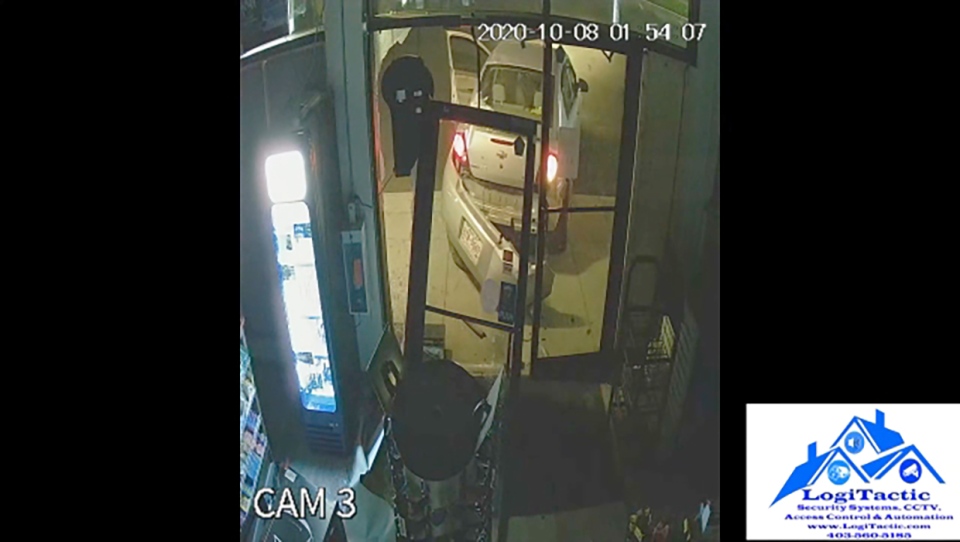 “He comes out,“ Otakie said, “(then) he hit the middle of the door to see if the glass detector detected anything.”

That tripped an alarm, which prompted the person to get back into their car.

It disappears off screen for a brief moment, and the incident seems to be done. But only seconds later, the vehicle reappears, this time backing straight into the glass doors.

The driver then runs inside and starts loading a bag.

“He took mostly cigarettes and lighters,” Ranjah told CTV News. “About ten grand worth. He tried the register but didn’t get in.” 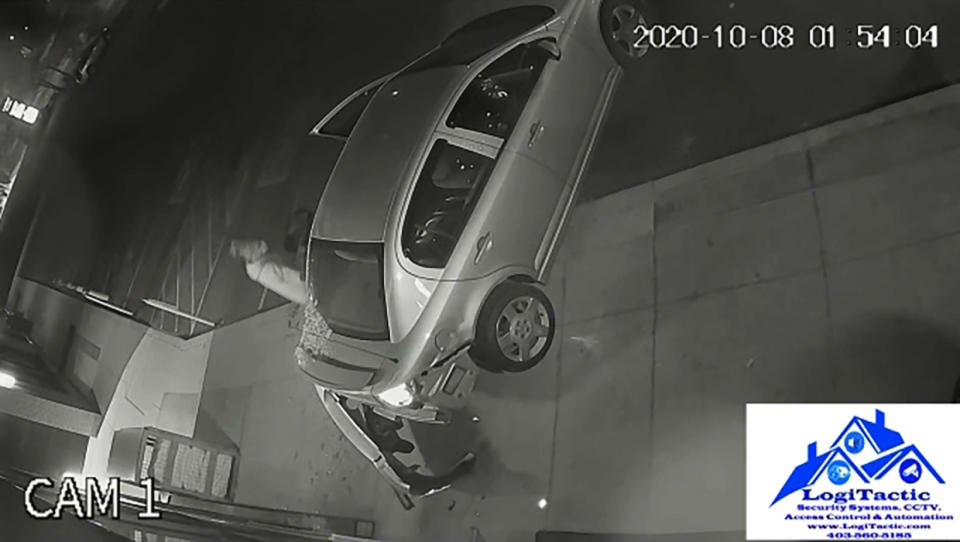 It was also caught on the store’s multiple security cameras.

“I’ve seen break-ins and I’ve seen robberies,” said Otakie. “But the guy that has the guts to come twice, back to the same store when he knows it’s under heat…the guy has courage, I’ll tell you that.”

Thursday afternoon, Calgary police confirmed to CTV News the Chevrolet from Thursday was the same vehicle from Tuesday.

An officer says the vehicle, which was stolen, was recovered in the nearby Pump Hills neighbourhood later in the day. It had at least some of the stolen merchandise inside, but no suspects are in custody.

All in all, Ranjah said the store lost roughly $20,000 in product. He's hoping insurance covers the two broken doors and one smashed window.