3 sent to hospital after head-on crash on Alberta's Hwy. 3 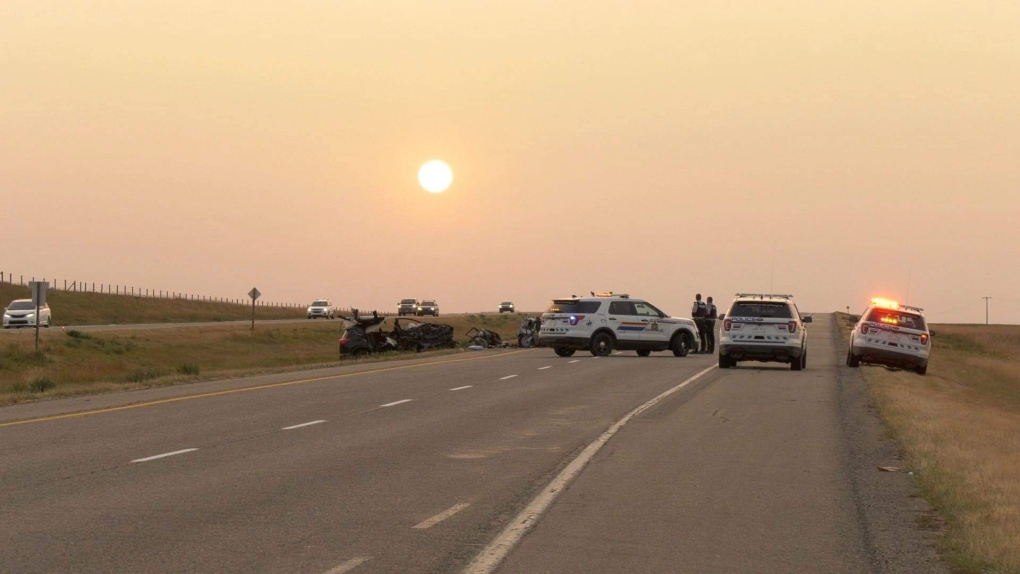 Emergency crews responded to a serious accident west of Lethbridge on Sept. 12, 2020.

CALGARY -- Officials say three people were taken to hospital in Calgary after they were involved in a head-on crash near Monarch, Alta. Saturday afternoon.

Fort Macleod RCMP say they were first called to respond to a report of a vehicle driving in the wrong direction on Highway 3. While officers were headed to the incident, another call reported the eastbound vehicle had struck a westbound SUV.

The driver of the car was airlifted to Calgary by STARS Air Ambulance in serious condition while the two occupants of the SUV were taken by ground ambulance. They were listed in serious but non-life threatening condition.

There is no further update to the conditions of any of the patients.

Traffic was detoured through the hamlet of Monarch for several hours as emergency crews were at the scene and an investigation was conducted.