356 days after their last game, the Lethbridge Hurricanes return to action 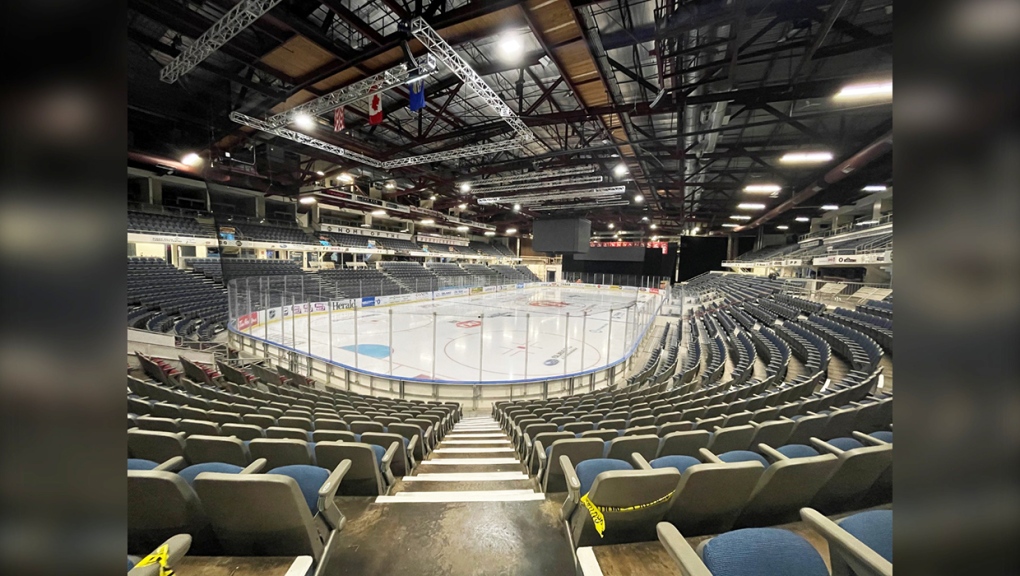 The Lethbridge Hurricanes kick off their WHL season Friday night, playing for the first time since the pandemic shut down the season last March 7, 2020.

LETHBRIDGE, ALTA. -- What a difference a year makes.

The Lethbridge Hurricanes have been practicing, as a team, for two weeks. Any other season would see the club close to wrapping up their regular season; but, the COVID-19 pandemic changed everything.  After several proposed start dates, the Western Hockey League, only received final approval from the province to resume the shortened season, in January.

Tonight is the Hurricanes' first game since Mar 7, 2020 and they can't wait to get on the ice.

“It’s been a long time since we’ve played a game” said head coach Brent Kisio during a media availability Thursday. “This weekend is pretty exciting.”

Alternate captain Alex Cotton echoed his thoughts. “It’s crazy how you don’t play hockey for so long and now you’re playing. I’m just super-excited. I think everyone is.”

The 'Canes kick off the regular season in Edmonton Friday night before returning to the Enmax Centre in Lethbridge Saturday. They haven’t played a game on home ice since Feb 29, 2020.

NO FANS IN THE STANDS

For the first time ever they’ll play without fans.

“Our building is so great and we’ll miss that atmosphere,” said Kisio “but once the puck drops, and the game gets going, the competitiveness picks up and it’ll feel like hockey where you’re trying to win.”

The 'Canes will look different this year. There are just 14 returning players and the club is without two of their biggest powerhouses from last season, as Dylan Cozens and Calen Addison are now with their NHL teams.

Kisio said he doesn’t expect them to fill those roles this year but he’s happy with the club’s depth.

“We were lucky to have him, same as Addison as well, we can’t expect a guy to fill those points or play the way he did,” he said.

Among those returning players are the goaltending tandem of Carl Tetachuk and Bryan Thomson. Coaching staff say there is no clear starter at this point. They plan on giving them both time to see where things are at but say they’re comfortable and confident in both of their abilities.

With just 24 games on the schedule, Kisio described this season as sprint, something they’ve never faced before but are embracing. “Each game is going to mean that much more," he said, "and it’s worth more each game, so it’s kind of exciting from that standpoint.”

Although there are no fans allowed to watch in person, this season the Canadian Hockey League has launched a new streaming platform. Fans can purchase a 24-hour or all-access pass.

Lethbridge residents can also listen to the games on the radio on Rock 106.