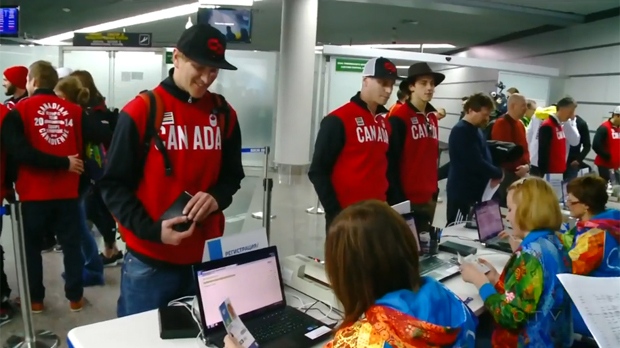 Nearly 25% of Canada’s Olympic Team is from Alberta (56 athletes), which trails only Ontario (64 athletes) in provincial representation.

With 221 members (121 men and 100 women) named to the 2014 Olympic Team, the Sochi games will see the largest Canadian delegation in the history of the Winter Olympic Games. 202 athletes represented Canada at the 2010 Vancouver Olympics.

Canada is expected to field an entry in 93 of the 98 events in Sochi.

“The size of our team and its medal potential is a great tribute to our athletes, their coaches and the system Canada has in place to develop high performance Olympic athletes,” said Steve Podborski, Chef de Mission for the Sochi 2014 Canadian Olympic Team. “Our athletes are very talented and are the best-prepared team to ever represent Canada at the Winter Games.”