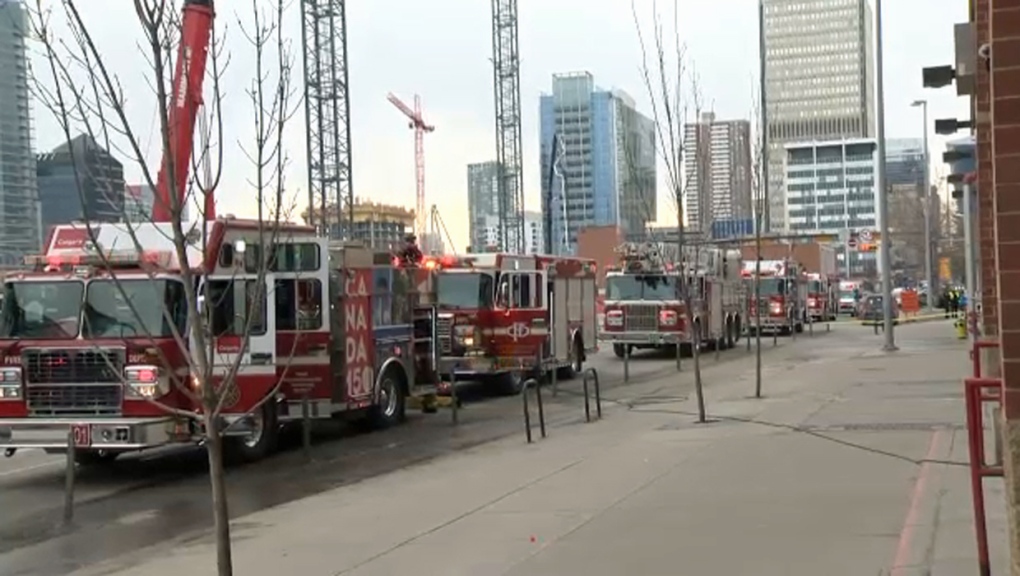 Approximately 200 people were evacuated from a building in the East Village on Tuesday afternoon after fire broke out in a suite.

Fire crews responded to the Salvation Army Centre of Hope, in the 400 block of 9 Avenue SE, at approximately 3:30 p.m. after the building’s fire alarms were activated. Smoke was visible from the exterior of the building and crews determined the fire had started on the third floor. A sprinkler system successfully contained the blaze and firefighters extinguished the fire before it spread to neighbouring suites.

Nearly 200 residents of the short-term and transitional housing service were displaced from the building during the fire response and while fire crews vented the smoke from the building. Staff and clients were permitted to return inside just before 6:00 p.m.

The cause of the fire remains under investigation. Fire officials have not determined if anyone is in the suite when the fire was sparked.